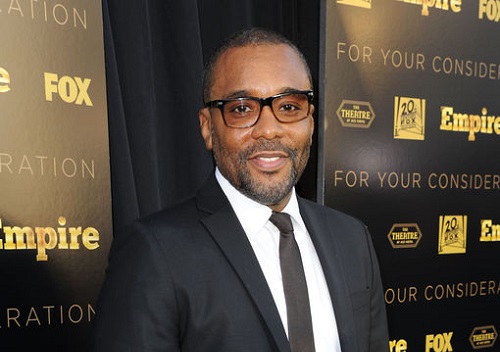 An Oscar Award-nominated director, Lee Daniels rose to fame after producing a romantic drama film, Monster’s Ball. He is also known for directing drama film, Precious. Throughout his career, Daniels received six Academy Award nominations, including Best Director. Currently, he is working as a co-creator in the drama series, Empire.

Daniels has won the hearts of millions of his fans with his amazing personality. So, is he dating anyone or still single? Who is the lucky person in his life? Let’s take a glimpse on Daniels’ personal life.

Daniels was born as Lee Louis Daniels on 24th December 1959, in Philadelphia, Pennsylvania, United States. He belongs to American nationality and his ethnicity is African-American. Daniels is the son of Clara Watson, a homemaker and William L. Daniels, a police officer who died in 1975 while serving in the line of duty.

After his father’s death, Daniels grew up with his younger sister, Leah who is now a casting director. Later, he graduated from Radnor High School in 1978. Daniels later enrolled at Lindenwood University located in St. Charles, Missouri. While studying at university, he worked as an assistant director in many theatrical productions.

Lee Daniels started his career as an actor appearing in the American short romantic comedy movie, A Little Off Mark as Mark’s best friend, Steve in 1986. Later, he produced his first film, Monster’s Ball in 2001. Similarly, Daniels also directed many movies including Lee Daniels’ The Butler, Shadowboxer, and so on.

Thank you guys for loving Star! I’m at a loss for words to describe my sadness. So I’m gunna just say THANKS ….to my incredible cast and crew and FANS!!!! And a shout out to #foxtv for letting us into your homes every Wednesday ?❤️

Daniels made his appearance in the American documentary film, My Big Break where he starred with Wes Bentley and Tony Zierra in 2009. He also featured in the short documentary film, The Black List: Volume Three in 2010. Likewise, his television works are in Star, Empire, etc.

How Much Is Lee Daniels’ Net Worth?

Lee Daniels’ net worth is $20 Million as of 2019. He boasts a whopping salary in the range of $10 Million to $13 Million annually. Daniels also makes a handsome wealth from his other works which include endorsed-brand deals, cameo roles, etc.

Check out the trailer of Precious

Daniels worked with Alice Tan Ridley and Sophia Hardison in the American drama film, Precious. Ridley and Hardison have an impressive net worth of $500 Thousand and $1 Million respectively. Currently, Daniels is probably living a lavish life.

Lee Daniels isn’t married yet and he is possibly single. Nonetheless, Daniels was previously involved in a romantic relationship with his lover, Billy Hopkins, a casting director. The couple first met on the set of Precious in 2009. Since then, they started dating and started sharing their company.

Together, the couple adopted two beautiful children, Clara, and Liam. Their kids even appeared in Daniel’s biographical movie. Unfortunately, their bond didn’t last for long due to some disputes between them. Daniels and his partner Billy separated at the end of 2011.

As of now, Daniels is free of rumors and controversy about his relationships. It seems that he is focusing more on his career. On the other hand, Daniels may also be waiting for a life partner to come in his life.