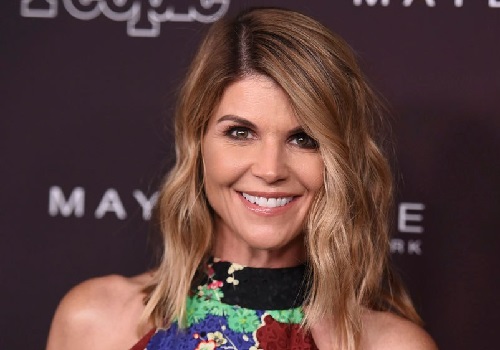 Lori Anne Loughlin aka Lori Loughlin is an American multi-professional personality. She is a model, producer, as well as an actress. Loughlin is best known for her role on the ABC sitcom, Full House as Rebecca Donaldson-Katsopolis.

To date, Loughlin is married twice. Currently, she is in a marital relationship with Mossimo Giannulli. So, does she have any children from her relationships? Who is her first husband and when did they marry?

Who Is Lori Loughlin?

Lori Loughlin was born on 28th July 1964 in Queens, New York, the USA, as Lori Anne Loughlin. She was born to Joseph Roy Loughlin  (Father) and Lorelle Loughlin (Mother). Loughlin belongs to white ethnicity and holds her nationality is American. Similarly, she grew up along with her younger brother, Roy. In addition, her birth sign is Leo.

Loughlin attended Oaks Elementary School in Oceanside, New York. After graduating from there, she joined Hauppauge High School for her further studies.

Loughlin had a keen interest in acting and modeling from an early age. She started her career as a model at the age of 11. While doing commercials and advertisements for different companies, she landed in her first television role in Family Role in 1971.

Likewise, Loughlin also played the role of Jody Travis in the ABC soap opera The Edge of Night from 1980 to 1983. In the soap opera, she starred along with Marcia Cross, Holland Taylor, and 15 other cast members. Her critically acclaimed role is as Rebecca Donaldson-Katsopolis on Full House.

Besides it, her other well-known role is as Melaine Clifford in an American sitcom, Hudson Street from 1995 to 1996. Moreover, Loughlin starred in many TV films such as North Beach and Rawhide, A Place to Call Home, Empty Cradle, One of Her Own, etc.

Who Is Lori Loughlin’s Spouse?

Lori Loughlin is currently in a marital relationship with Mossimo Giannuli, a fashion designer. They first met in 1995 and shortly started dating each other. Finally, on 27th November 1997, the lovebirds tied the knot.

Moreover, the husband and wife share two kids, daughters from their relationship. Their children are Isabelle Rose and Olivia Jade.

Further, Lori is also a stepmother to Giannulli’s son, Gianni. As of now, Loughlin and her husband are living a blissful life with their kids with no conflicts.

Prior to her marriage with Mossimo, Lori was married to Michael R. Burns, an investment banker. The two married in 1989. Unfortunately, the duo divorced in 1996. They do not share any children from their conjugal relationship.

On 12th March 2019, Lori and Mossimo were charged by the FBI and the U.S. Attorney’s Office for a large-scale nationwide college entrance exam cheating.

As per some sources, Lori and her husband paid $500,000 to the Key Worldwide Foundation so that the University of Southern California’s admissions committee believes that their two daughters would be joining the school’s women rowing team.

How Much Is Lori Loughlin’s Net Worth?

Lori earns a hefty sum of money through her career in the entertainment industry. Loughlin’s net worth is estimated to be around $8 Million which is similar to that of a journalist Sue Herera. To date, she has appeared in many commercials and advertisements as well.

Loughlin and her husband Mossimo are living in a lavish mansion along with their children in Los Angeles. The current market price of the mansion is $35 Million. As per some source, the couple purchased the mansion for $13.995 Million.

Moreover, they sold their previous house for $18,246,500 and moved to the current mansion. Likewise, the married couple also paid $1 Million to FBI as bail for their wrong deeds.