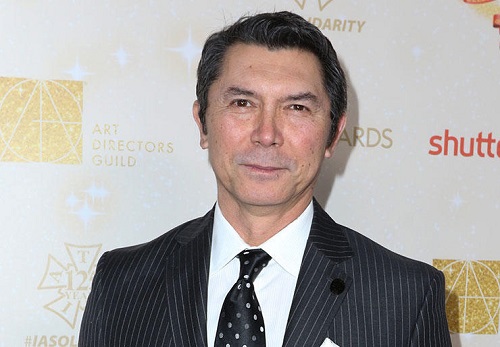 An Independent Spirit Award winner and a one time Golden Globe Award nominee Lou Diamond Phillips is a Filipino actor. He rose to fame after portraying a major role as a rock star – Ritchie Valens in the movie La Bamba. To date, Phillips has appeared in over 100 TV and feature films since his debut film.

Moreover, Phillips is married thrice in his life and currently, he is living happily with his third wife Yvonne Boismier Phillips. So, who are his former wives? Does he share children with any of his wives? Let’s find out about it.

Lou Diamond Philips is a famous actor, born on 17th February 1962 in Subic Bay Naval Base, Zambales, Philippines. As a matter of fact, his birth name is Lou Diamond Upchurch. Likewise, he belongs to South Asian ethnicity and holds an American nationality.

Similarly, his father Gerald Amon Upchurch is a Marine C-130 crew chief and his mother Lucita Umayam Aranas, a housewife. In addition, his birth sign is Aquarius.

Phillips attended Flour Bluff High School in Corpus Christi. Later, he attended and graduated in 1980 from the University of Texas at Arlington with Bachelor of Fine Arts in Drama. Just to let you know, Philips’ height is 5 feet 11 inches (1.8m) which is similar to that of an actor, Parker Young.

Lou Diamond Phillips started his career as an actor by appearing in the Hollywood low budget film, ‘Trespasses’ in 1986. However, he rose to fame after starring in ‘La Bamba’ in 1987. The same year, Phillips starred as Bobby Diaz in an episode of ‘Miami Vice’. Since then, he has appeared in over 100+ movies and TV series.

Moreover, Phillips appeared in a supporting role in the film ‘Stand and Deliver’ in 1988 for which he received Golden Globe Awards nomination and won Independent Spirit Award for Best Supporting Male for his performance. Similarly, his Broadway debut, ‘The King and I’ in 1996 was a big success. For his role in the movie, Phillips won a Theatre World Award and was nominated for both a Tony Award and a Drama Desk Award.

Who Are The Wives Of Lou Diamond Phillips? (Married & Children)

Lou Diamond Phillips is a married man. Phillips married his first wife, Julie Cypher on September 17, 1987. Unfortunately, the two divorced on August 5, 1990, and the reason for their divorce was Julie’s sexuality which is a lesbian.

After his first divorce, Phillips had a brief affair with Jennifer Tilly. Then, Phillips married his second wife, Kelly Phillips on 24th April 1994.

Further, the married couple shares three daughters, Grace, and Isabella (twins born in October 1997), and Lili, born on September 1999. Even being the parents of three children the pair failed to continue their relationship and divorced in 2007.

As of now, Pillips is in a conjugal relationship with his third wife, Yvonne Boismier. The duo exchanged the vows on 16th August 2007. Likewise, the couple has a daughter, Indigo. Currently, Phillips and his spouse are living happily without any conflicts.

What Is Lou Diamond Phillips’ Net Worth? (Income & Salary)

Being active in the film industry since 1986, Lou Diamond Phillip has accumulated an impressive amount of money. Lou’s net worth is estimated to be around $6 Million which is similar to that of Pia Miller. Phillips’ main source of income is from acting and has starred in a number of hit movies to date.

Unfortunately, the information about his exact salary and yearly income is still under wraps. Nevertheless, Phillips is probably living a lavish life relishing the hefty earnings. However, Phillips hasn’t revealed the details of his house and other possessions to the media.