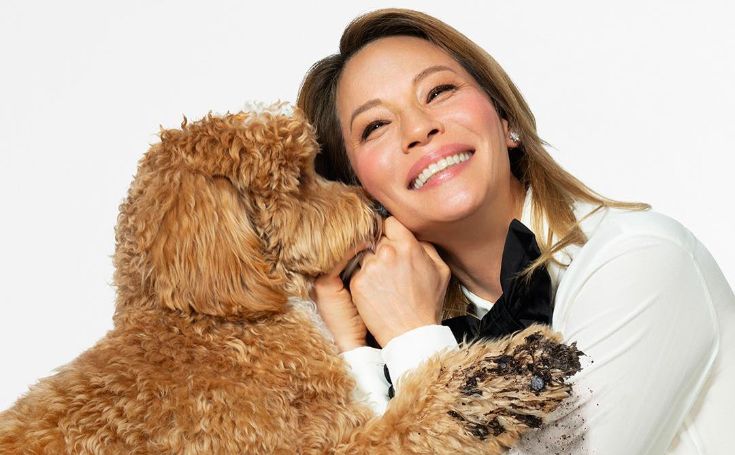 Have you ever watched the legal comedy-drama series Ally McBeal? If yes! Then you will remember Lucy Alexis Liu, professionally known as Lucy Liu, who played the leading role of the malicious Ling Woo.

Well! Lucy is a popular entertainment personality from the United States of America. Likewise, she is an actress, singer, director, model, voice artist, producer, and artist.

An attractive and intelligent lady inspires many Asian actors who aspire to make it big in Hollywood.

Her small-screen roles in Cashmere Mafia as Mia Mason failed to produce results, but her recurring role in the critically acclaimed police drama series Southland helped re-establish herself as a prominent actress.

That’s why she chooses her roles with utmost care to avoid being typecast in a competitive industry. Though the star has embraced her roots, Liu has not allowed it to limit her as an artist.

The talented and beautiful Elementary actress Lucy was born Alexis Lucy Liu on December 2, 1968, in Queens, Jackson Heights, New York, the USA as the daughter of Cecilia Liu (mother) and Tom Liu (father).

In contrast, her mum Cecilia, a biochemist, is originally from Beijing and her papa Tom, a qualified civil engineer, is from Shanghai, sold digital clock pens to make a living.

Similarly, she took birth as the youngest of three children born to her parents; two elder siblings, a brother named John, and a sister named Jenny Liu.

As per nationality, Lucy holds American citizenship and belongs to a mixed ethnic background. Her birth sign is Sagittarius, and she follows the Christianity religion.

Regarding her academic background, the model attended Joseph Pulitzer Middle School in New York City and graduated from Stuyvesant High School in 1986.

Afterward, Liu went to Singapore on an exchange program and enrolled at New York University, but later transferred to the University of Michigan (UM).

At UM, the star was a member of the ‘Chi Omega’ sorority and earned a degree in Asian Languages and Cultures.

Since 1991, the inspirational actress Alexis has been a member of the Hollywood Film Industry. Her on-screen debut role was as Courtney in the 1991 teen drama series Beverly Hills, 90210.

In the same way, her first movie was Rythm of Destiny (1992), where she has starred a character as Donna. Since then, the model has worked in films like Chicago, Kill Bill: Volume 1, Kung Fu Panda (voice role), Tinker Bell and the Lost Treasure, Shanghai Noon, Sherlock Gnomes, Rise Blood Hunter, among many others.

In addition to this, her other notable TV series include The X-Flies, MYPD Blue, Maya & Miguel, Hercules: The Legendary Journey, Afro Samurai: Resurrection, Southland, Marry Me, Sex and the City, and many more.

Is Lucy Married Or Still Single?

Miss. Liu is one of the luckiest women on the planet, having an intimate relationship with many renowned faces.

As per some online tabloids, the gorgeous producer has dated many high-profile people, but one thing that has been missing in her life is a marriage ring on her finger.

The closest Liu has been with an engagement to Zach Helm, which didn’t work out well.

She is not married to anyone but prefers to live a single life and act as a father and mother to her son.

Have A Son Via Surrogacy

Though she enjoys motherhood, the 5-feet-3-inch tall passionate lady is not a married woman. On August 27, 2015, the Charlie’s Angel actress welcomed an adorable son named Rockwell Lloyd Liu through gestational surrogacy.

Additionally, she announced the happy news via her Instagram post, captioning, Introducing the new little man in my life, my son Rockwell Lloyd Liu. Proclaiming on choosing the method Liu described, stating:

“It just seemed like the right option for me because I was working and I didn’t know when I was going to be able to stop.”

As of 2022, the single mother is happily parenting her lovely kid and prefers to spend quality time with her precious baby boy.

Besides, she also flaunts adorable pictures with Rockwell on her official social networking handles.

The 23 aged voice-artist Alexis holds a net value of more than $16 million, which she accumulated throughout her long professional career.

To date, she has starred in various box-office hit movies. Some of them are listed below with their box-office collection:

From her appearance, she might have gathered an impressive sum of wealth and served as a director in series like Meens, Law & Order: Special Victims Unit, New Amsterdam, Elementary, Graceland, and Why Women Kil?

The stunning star is also an artist whose art has been displayed in various popular art galleries in New York and Los Angeles.

Furthermore, even she is involved in several charitable works, held an art exhibition, and donated the profit to the widespread social welfare organization UNICEF back in 2006.

However, there is no doubt that the multi-talented actress has made an astounding sum of money from her hard work and dedication to her work. Indeed Lucy relishes a lavish lifestyle with her son in the United States of America.

For More Updates On Your Favourite Celebrities, Stay Tuned With AllStarBio.