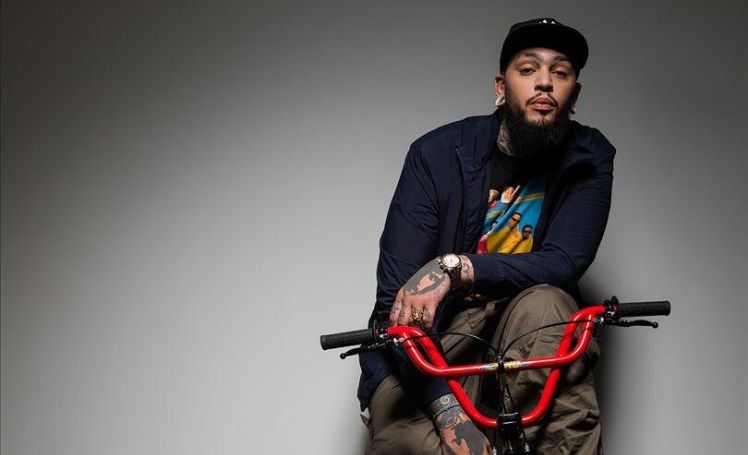 Travis Lazarus McCoy is an American Hip-hop artist, rapper, singer, and songwriter. As most rappers have their stage name, he is also known as Travie McCoy.

The American rapper plays a lead vocalist in “Gym Class Heroes.” McCoy was interested in rock and rap type of music from his teenage. That’s why later, he created the Gym Class Heroes band with his childhood friend Matt McGinley.

In addition, the music of McCoy featuring Bruno Mars from the album “Billionaire” peaked at number four on Billboard Hot 100, which was a massive success for them.

The American Rapper’s Career and Networth

At 15, Travie McCoy began working at a tattoo business and tattooing his buddies. He played drums in high school and formed a rap group with his father and brother.

Also, In 2002, the rapper won an MC battle on MTV’s Direct Effect. He got signed to Ramen and Decaydance Records as a good rapper and musician, and he had the opportunity to release his album “As Cruel as School Children.” which received a huge success.

With hard work, dedication, and a passionate attitude, the rapper has successfully given hit music to the audience. Now the rapper has gained power, popularity, and lots of money. Also, McCoy is living his quality life with a net worth of $10 million.

Besides many solo kinds of music, Bruno Mars, T-Pain, The Smeezingtons, The Stereotypes, and Lucas Secon are just a few of the musical personalities with whom he has collaborated. Moreover, He also got nominated for many music awards in his whole career.

Thus, McCoy is one of the most famous and talented rappers and songwriters in this generation who has successfully released record-breaking singles and albums throughout his career.

Besides the music, Travie McCoy openly talked about his addiction to drugs. According to his statement, he has been addicted to drug pharmaceuticals since he was 15 years old.

In an interview, he also said that.

“I felt an enormous amount of guilt for glorifying drug use in our music.”

Later on, McCoy, including most famous people, keeps his personal and romantic life private. He was in a relationship with Katy Perry (a Famous American singer). They had been dating each other for two years.

In 2009, Katy Perry decided to break up with me because she was irritated by the drug use by McCoy. Later on, the rapper talked something about their relationship, and that was “: “I chose drugs over our relationship.”

Furthermore, after breaking up with Katy Perry, McCoy was in a relationship with Juliette Lewis, an American actress, and a singer. And again, McCoy is rumored to have hooked up with Kirstina Colonna, an Instagram model.