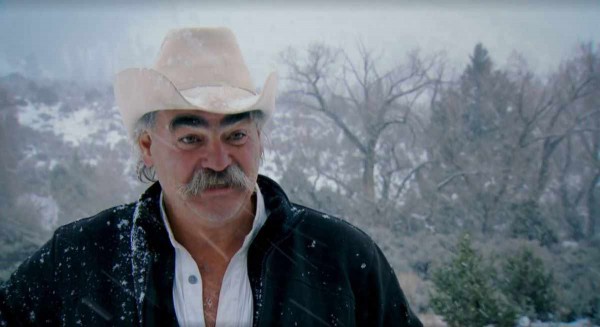 The multi-talented personality Marty Raney has settled with his wife and family in the wilderness of Alaska. He loves adventure and the experience of Alaska has drawn him completely.

“I’m a man of action. I’m a man that gets something done, right or wrong, nothing happens until someone starts moving- so standing around talking doesn’t do much for me.” This was the statement he said describing his passion for the adventure. Today, let’s explore the action man’s married life.

Who is Marty Raney Married to? Know about his Wife

Marty Raney married the love of his life Mollee Roestel and right after the marriage, he moved to Alaska with his newlywed Wife. The beautiful couple dated for several years before exchanging the wedding vows in front of family and close friends.

Raney and Mollee’s wedding was an intimate affair. Right after the marriage, the duo moved to settle in the midst of a wild population of Alaskan Brown Bears. His married life with his wife is in a very healthy state. Marty’s wife does not feature in the show Homestead Rescue.

The couple is together for more than 40-year and together they are struggling alongside the hard nature of Alaska. Not just Marty, his children are also now part of the adventure.

Who are Marty Raney’s Children?

Mollee was pregnant when the couple was planning to shift to Alaska. Later, Melanee Raney was born who is the daughter of the action man Raney. Not just her, the couple welcomed three more children over the years.

Marty and Mollee became proud parents to Misty Raney, Miles Raney, and Matthew Raney. Just like their parents, the children grew up in the toughness and bitterness of the Alaskan Weather. Not just that, Marty raised his children right while giving them the lifetime experience in Alaska.

When the kids were just 10-years-old, along with their father they trekked the Chilkoot Pass. The Chilkoot Pass is the dangerous trail which the family successfully completed. In the midst of Alaska where there is no power, plumbing, or water inspires the mind to be more creative and the family will spend more time together.

With such a life lesson provided to the kids by the Raney couple, the children surely grow up to be tough.

Raney is the host of the show called Homestead Rescue which introduced him to the world. Besides that, his celebrity status grew even more after he launched his own songs like Alaska Tattooed Lady, Him & the Mountains, and I’ve Been Everywhere.

Even though his status of celebrity might’ve bought some rumors and controversies, Marty Raney stays as far as possible from such news. So far, there are no scandals surrounding the action man of Alaska.