American ice dancer, Meryl Davis, is best known for her pair up with Charlie White, and together, they won several national and international championships, including Olympics,  Grand Prix, Continent Championship. More to that, she is the 18th winner of Dancing with the stars in 2014.

Well, it is clear that the lady is garnering a lot of prominence because of her successful professional life. But what about her personal life details. Is she a married woman, or is she dating someone? Know about her intimate life details and the total income she is obtaining from her vocation.

Born on January 1st, 1987, in Royal Oak, Michigan, Meryl Davis is the daughter of Cheryl Davis (mother) and Paul D. Davis (father). Her birth name is Meryl Elizabeth Davis and was born under the star sign Capricorn. Further, she grew up with her younger brother, Clayton Davis.

Davis attended Wylie E. Groves High School and graduated in June 2005. As per the sources, she was also dyslexia (reading disorder) victim and had her diagnosis when she was in the third grade. As of 2019, she is enrolling in cultural anthropology at the University of Michigan. More to that, she is also learning the Italian language.

The American ice dancer, Meryl married Russian-Canadian ice dancer, Fedor Andreev, on June 22, 2019, in a summer night ceremony at Provence, France, in front of their closed ones. As per the People magazine, hundreds of guests were invited to attend the wedding party. Besides, Fedor’s grandmother, Marian Andreev, did not attend the function because she was too old to make the trip all way to France.

On the big day, the bride wears a designer gown by the famous designer, A La Robe, with an overskirt made by Dan Jones. Likewise, the groom chooses blue suit pants, a white shirt, a brown belt, and brown shoes on his big day.

Fedor’s mother, Marina Zoueva, was Meryl’s coach, and during training, the duo first met there, and at that time, Andreev was five years older than Davis. They were close friends for years and officially started dating only in 2010.

After dating for more than six years, they shared their engagement ring on July 13, 2017. Meryl took Instagram to announced her engagement news to the fans and media. As of now, the married couple is living a blissful married life.

You might be shocked after hearing that the same couple married twice in their life. Meryl and Fedor lie in the same category; even the duo has already tied the knot they again share their wedding vows just for their parent’s happiness. As mentioned earlier, in the first marriage groom, Fedor’s grandmom did not attend the event, so this time, ice dancers are performing matrimonial ceremonies again for his paternal grandmother.

This time 32-years-old, Meryl and 37-years-old, Fedor wedded in the backyard of the Davis home where she was born and grew up. Fedor’s family members prepared the second marriage, and the ceremony was held among their family members and relatives. This time the grandmother, Marian Andreev, was also seen.

The Ice dancer, Davis, has a total net worth of $2 million, which she has earned throughout her professional life. As per the sources, an average wage of an ice dancer in America is $20,000-$30,000 per year. So, Meryl might be earning $25,000 salary annually and is living life lavishly.

Meryl has also won many dance shows and is also an Olympic gold medalist. Davis is also the winner of the 18th, season Dancing with stars show where her dance partner was Maksim Chmerkovskiy.

More to that, her spouse, Fedor Andreev, has a total net worth of $500 thousand. Being a figure skater, he is grabbing a good salary as well. 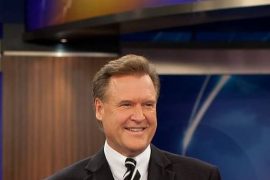 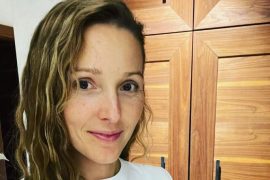