If you love to listen to different variations of music, then you must read about the American singer-songwriter and music composer, Michael Penn. The musician is widely recognized for his 1989 singe, No Myth. Similarly, he is also famous as the brother of the American actor and filmmaker, Sean Penn.

Michael was born in a celebrity family with a silver spoon in his mouth. Also, he gathered a lavish amount of money from his long profession as a musician. How much is his net worth? Moreover, he is a married man and shares a strong bond with his spouse. Then, who is his wife?

Let’s explore his biography in the lower sections. Stay tuned.

Born in Greenwich Village, New York City, Michael Penn spent a lavish life as both of his parents were involved in the entertainment industry. His father, Leo Penn was an American actor and director who had married twice in his life before his death on 5th September 1998. At the time of his death, he was 77 years old.

Michael’s grandparents, Elizabeth and Maurice were Jewish immigrants. Similarly, he grew up along with his two brothers; Sean Penn and Chris Penn. One of his brothers, Chris passed away in 2006. Another hand, his brother, Sean Penn successfully established his career as an American actor and filmmaker.

Michael Penn pursued his career in the music field instead of the acting field. After finding his interest in music, he started composing songs for himself. In the year 1989, he released his debut album titled March. During the time, he was also involved with the Doll Congress band and there he made two musical guests on Saturday Night Live. His first single, No Myth reached the heart of millions. For his single, he received the 1990 MTV Award for Best New Artist.

Also, Michael has worked with The Brothers Quay on Long Way Down (Look What The Cat Drug In). Moreover, he has also provided music for the films Hard Eight (1996) and Boogie Nights (1997). Similarly, he composed a song for the movie, That Evening Sun in late 2009. In 2012, he started working for HBO TV show, Girls as a music composer. Recently, he announced of working as a composer for two TV series, NBC’s Good Girls and HBO’s Here and Now.

The 61 years old, Michael Penn’s current marital status is married. He married the American singer-songwriter, Aimee Mann. The most probable reason for their relationship was mostly their same interests and career. His wife, Aimee is a two-time Grammy Award winner, best known for her albums, Whatever, Bachelor No. 2, Charmer, and others.

The couple met for the first time while both were recording Aimee’s album, I’m with Stupid. After meeting, both of them became good friends that later transferred into a deep love for each other. After dating for a while, the duo exchanged their wedding vows in a private marriage ceremony on 29th December 1997.

Since their marriage, the couple is staying happily with each other. They share a very strong bond with each other. Also, they both have formed United Musicians that is based on the principle that every artist should be able to retain copyright ownership. The duo together enjoys a happy married life and leading their life in Los Angeles.

Very few of Michael’s fans know that he was married to Kate Dornan prior to marrying Aimee Mann. They were married in 1992 and just after spending four years of married life, the couple divorced in 1996. Besides, Michael is out of rumors and controversies as of 2019.

The American singer-songwriter, Michael Penn is spending a lavish life since his birth as he was born with a silver spoon in his mouth. After establishing his career as a hit musician and composer, he gathered a huge net worth of $10 Million as per the Celebrity Net Worth.

On the other hand, his wife, Aimee has collected an equal amount of capital of $10 Million from her same profession. Together, the couple enjoys $20 Million net worth. Hence, they are spending a lavish life for sure. 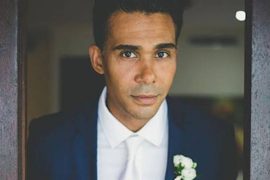