You might have seen a lot of couples who fell in love after meeting on the way of their same professions. Aimee Mann, an American singer-songwriter tied her wedding knot with the famous American music composer, Michael Penn, the brother of Sean Penn.

The 59 years old, Aimee is two years younger than her spouse, Michael who is currently 61 years old. The couple shares a loyal relationship with each other and has together formed United Musicians. The duo enjoys a lavish life as they have a combined net worth of $20 Million at present. How is their married life going on?

Let’s find out in detail about Aimee Mann’s personal as well as her professional life. Stay tuned with us.

Aimee Mann was born in Richmond, Virginia, the United States to her American parents. Raised up among her supportive parents, her interest in music grew more and more with her increasing age. So far, she has not revealed her parents and siblings.

Talking about her educational background, Aimee studied at Midlothian High School and then went to Open High School in her hometown. After finishing high school, she joined Berklee College of Music in Massachusetts in order to make her career as a musician.

Shortly after joining Berklee College, Mann dropped out her college and got involved with the Boston punk band titled the Young Snakes which was formed in the early 1980s. The band released Bark Along with the Young Snakes in 1983.

After capturing a small space in the music industry, Aimee Mann co-founded ‘Til Tuesday band with her then-boyfriend and classmate, Michael Hausman. After the formation of the band, it released its first debut album, Voices Carry and then secondly released Welcome Home album. Her final album with the band was Everything’s Different Now.

Aimee made her solo debut from releasing her single, Whatever (1993). Her solo album was praised by a lot of her fans and audience. In the 1990s, she won Academy Award and Grammy Award nominations. Her 2000 album, Bachelor No. 2 was released from her own label, SuperEgo Records. She has also made her appearances in several films. Recently, in 2019, her duet titled Static on the Radio alongside Jim White featured on Netflix film, Breaking Bad, E! Camino: A Breaking Bad Movie.

The couple met each other on the way of their careers while Aimee was recording her album, I’m with Stupid. For her album, Michael shared his music knowledge with Aimee. After being identified with each other, the couple became good friends.

After being close to each other for a long time, they eventually started dating and finally tied the wedding knot in a private marriage ceremony on 29th September 1997. Since their marriage, the media never come up with any news related to their separation or divorce. The couple lives a happy life and is very loyal to each other.

Moreover, Aimee founded United Musicians along with with her husband, Michael, and her manager, Michael Hausman. The organization is based on the principle that every artist should be able to retain copyright ownership. Currently, the couple is leading a happy married life in Los Angeles, the United States.

Mentioning thier past relationships, Aimee was in a relationship with her college classmate, Michael Hausman. Whereas, Michael was married to Kate Dornan from 1992 to 1996.

The American singer-songwriter, Aimee Mann is active in the music profession since 1982. From her long career, she earned a hefty amount of money and has maintained a net worth of $10 Million as per the Celebrity Net Worth. Her capital will surely increase with her upcoming projects in the near future.

Similarly, her husband, Michael Penn has also collected a huge revenue from the same profession. As a matter of fact, Michael also enjoys an equal net worth of $10 Million. After combining their net worth, the Penn family enjoys $20 Million capital together. Therefore, they are leading a lavish life for sure. 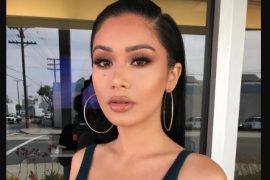