If you have ever watched the NBC’s hit TV series, Friends then you should be familiar with the character Phoebe Buffay. The character played by the talented and beautiful actress, Lisa Kudrow who worked in numbers of movies and TV series which helped her to win several awards. Today we are going to talk about her husband, Michel Stern.

We all are familiar with the actress but most of us might not know much about her non-celebrity husband who is working as an advertising executive. Their first encounter was quite interesting as they were introduced by Lisa’s roommate who was the girlfriend of Stern. Isn’t it interesting? If you want to know more, read the biography:

Who is Michel Stern? Wiki, Bio

Born in 1958 in France, Michel Stern is an advertising executive. As per nationality, he is Frech and belongs to Caucasian ethnicity. Despite his career, Stern is popular as the husband of a popular American actress and comedian, Lisa Kudrow.

Furthermore, his spouse, Lisa along with her co-stars Jennifer Aniston and Courteney Cox hit the world record after becoming the highest paid actresses making $1 Million per episode.

Besides, in 2017, Kudrow sold their Ski-Out Penthouse Condo in Park City for $3,632,000. She also owns a house in Beverly Hills, California.

Michel Stern is married to his girlfriend turned wife, Lisa Kudrow. The couple met for the first in the wrong time in the wrong situation. They were introduced by Stern’s girlfriend who was the room-partner of Lisa. Moreover, Lisa had love at first sight with Stern which she told in an interview:

“I was living with a French girl and he had just moved here and they were dating when we first met. But I’m freakishly polite, so I saw him and went, “Well, he’s the perfect man and it’s all ruined because now they’re together and I can’t (make a play for him).” I thought that that’s not nice to flirt. But the minute I saw him I went, “Well, that’s it, there he is.”

“When he’d come to pick her up, he’d say, ‘Oh hello, Lisa,’ and I’d say, ‘Hi,’ and I’d go and leave the room and he thought I was a freak. They went out for two and a half months, and six years later I met him again at her birthday party and we just never stopped. We’re still friends.”

After two years of their marriage, his wife, Lisa became pregnant. It was around the 4th and 5th season of the series Friends. Though she wanted to hide her pregnancy, the couple welcomed their son Julian Murray Stern on 7th May 1998.

However, the duo has not yet disclosed much information regarding their son Julian. The star child is said to be in his early twenties. The whole family including the parents and their son currently resides in California.

Short Description About His Spouse

His wife, Lisa started her career in 1983 in the movie, Overdrawn at the Memory Bank. Following her debut, she worked in several movies and TV series. She, however, is popular for her role as Phoebe Buffay on the NBC’s hit TV series, Friends. The series starred Jennifer Aniston, Matthew Perry, Courtney Cox, and Matt LeBlanc. Among numbers of her movies, she is popular for the romantic comedy film, The Opposite of Sex. She shared the screen with Christina Ricci, Ivan Sergei, and Johnny Galecki.

THANK YOU @peoplemag! And @HBO! 🙏🙏🏆 and @entertainmentweekly! And Michael Patrick King! And @danbucatinsky! TV Actress of the year! #PEOPLEmagazineawards #theComeback

Besides, she has been nominated for several awards and won some of them which include Primetime Emmy Awards, Screen Actors Guild Awards, and American Comedy Awards among others.

Michel Stern’s height is unavailable whereas his wife stands at the height of 5 feet 8 inches. As of 2019, his age is 61 and Lisa’s age is 55. However, his other body measurements including his weight, arms, chest, and hips are also not available at the moment. 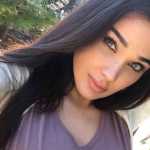 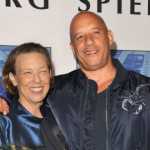 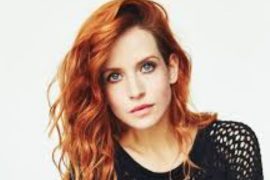 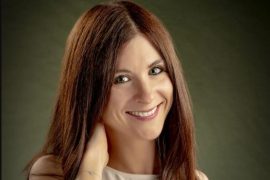