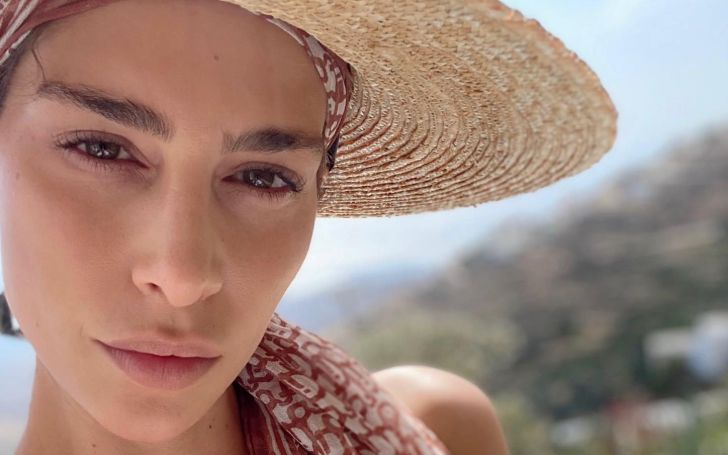 Have you watched an American post-apocalyptic horror television series, The Walking Dead? If you have, you might know who Nadia Hilker is.

She plays Magna, the feisty leader of a small group of roaming survivors.

Not only this, Actress Nadia has appeared in numerous films and Television series such as Spring, In the Gallery, The Divergent Series: Allegiant, Collide, The Twilight Zone, The Walking Dead and many others.

Born and raised in Munich, Germany. Nadia Hilker is a German actress and model. She is best known for her roles in Spring, The 100, and The Walking Dead.

The German star rose to prominence after her appearance in the 2010 movie Zimmer mit Tante as Marie-Luise Seelig.

Before starting an acting career, Nadia Hilker was a model. She has been featured in plenty of national and international magazines and fashion companies.

Besides, she has been on camera for Clearasil and C & A commercials.

On December 1st, 1988, Nadia Hilker was born in Munich, Germany. Her mother worked at Lufthansa airline while her father worked in IT. She has one brother.

As for her education, there is no information about her educational background except that she attended the Royal Academy of Dance.

Talking about Hilker’s socials, the 33-year-old beauty is active on Instagram under the username @iamnadiahilker.

Who is Nadia Hilker dating? Know her relationships!

Actress Nadia Hilker is dating a handsome hunk named Joe. He is an entrepreneur. Even though the actress hasn’t spilled the beans of her affair with this fan, several posts on her Instagram show Nadia and Joe are dating.

The pair have been dating for approximately 3 years.

Unfortunately, their encounter and love story remains behind the curtains. Before her relationship with Joe, she was dating Mark Herbig. It’s unclear how they met and how long they dated.

Nadia Hilker, a renowned German film and television actress, has been in the movie industry since 2010.

Although the actress’s income and salary are unclear, her networth is over $1 million. She has gathered this hefty sum through her career as an actress.

Hilker has loved acting since her childhood days. Before stepping into the film industry, Nadia worked as a model. Eventually, she lost interest in modeling after a few years and started chasing her acting ambition.

Until now, the actress had appeared in 18+ television movies and films.

Some of her notable films are Spring, In the Gallery, The Divergent Series: Allegiant, and Collide. Besides action, Nadia Hilker is amazing at writing.