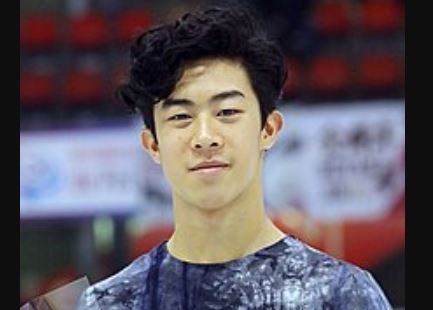 There are very few people to achieve international recognition at a young age. Out of them, Nathan Chen is also one. Chen is an American skater who competes in men’s single discipline and two-time world champion. He has already won three Grand Prix and was named four-time US national champion. He is also the first skater to have landed five types of quadruple jumps in competition.

Chen was named  “2020 Forbes 30 Under 30 Sports List” by Forbes Magazine. So apart from his professional life, how about his personal life? What about his relationship and net worth? To find out continue reading the article below:

Nathan Chen was born as Nathan Wei Chen, born on May 5, 1999, in Salt Lake City, Utah. Born to Chinese parents, father Zhidong Chen and mother, Hetty Wang. His father is a medical research scientist, and his mother works as a medical translator. He grew up alongside four older siblings Alice Chen, Janice Chen, Tony Chen, and Colin Chen. The 20 year-year-old skater is close with his siblings and thanks to his older brother for his interest in skating.

Additionally, Chen’s love for skating grew at a young age of three after he saw his elder brother playing ice hockey. It was at that time when he realized what he wanted to do and become a hockey goalie before turning his attention to figure skating. Chen praises his mom behind his success and explains his feeling towards her in his own words:

She’s the one who raised me as a kid, the one who spent all the time with me on the ice. My mother dedicated a lot of her time to help me grow as a skater, so that’ll definitely be the first person I talk to.

The 20-year-old attended West high school in his hometown and Rim of the World high school in Lake Arrowhead, California. He graduated with a degree from the California connection academy. Also alongside skating, he trained ballet with Ballet west academy and competed for gymnastics at the state and regional level for seven years. As of now, Chen was continuing his studies and enrolled at Yale University in the class of 2022.

Chen is most probably single at the age of 20. There is no sign of his relationship until now. His Instagram account does not show any pictures of his loved ones except his friends and families. He can be seen posing and sharing a close relationship with girls but going through the comments, we could find them to be his friends.

Furthermore, since Chen is just 20 years now, therefore, he must be focused on his career and studies. So far, he is enjoying the single life and loves spending time with his family and siblings.

Chen has a net worth of around $1 million from his career as a skater. As per a business insider, Chen took home $37,500 in the PyeongChang Games. Also, the medal value of an estimated $600. Furthermore, he won four two grand Prix and earned $18,000 from each tournament. Also, he netted $20,000 after winning four continents figure skating championship.

Additionally, Chen won $45,000 after winning World Figure skate Championship and walked with $160,000 from prize money. He signed endorsement deals with Kellogs, Bridgestone, United Airlines, and giants like Nike, Cocacola worth more than $50,000 a year. Therefore we can easily estimate his earning to rise in the coming days if his success rises this way. As of now, he lives a lavish life as per his Instagram pictures. Some of the other US skaters are Johnny Weir, Caydee Denney, Yuzuru Hanyu.