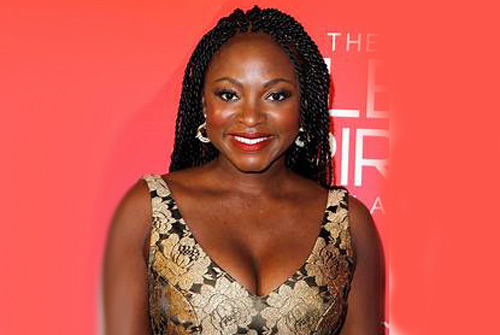 If you watch the Courtney A. Kemp’s American crime drama TV series, Power, then you would probably know the character of Tasha St. Patrick, where the role is portrayed by the famous American actress, rapper, singer-songwriter, Naturi Naughton. Not to mention, she is famous as one-third of the R&B group titled 3LW.

The beautiful actress has also played several roles in hit movies and TV series. Thus, she must have accumulated an impressive amount out of her prosperous career. Then, how much is her net worth? Apart from her professional life, many of her fans are willing to know about her personal stuff. The most raised question by her fans is about her boyfriend? So, who is she dating currently? Does she share any baby with her partner?

Stay tuned with us and scroll down until to the end to grab all the details about her life.

Naturi Naughton was born as Naturi Cora Maria Naughton on 20th May 1984 in East Orange, New Jersey, the United States. Therefore, she holds an American nationality and belongs to the Afro-American ethnicity.

Her father, Ezra Naughton is a retired accountant, whereas, her mother, Brenda is a part-time paralegal. When she was in her early age, she used to attend church choir at New Hope Baptist Church which later emerged her talent in singing.

Similarly, Naturi studied at St. Joseph’s Catholic school. As per some sources, she began her early career when she was just five years old.

Carrying a dream of getting established in the music and film industry, Naturi Naughton struggled a lot as a black woman. When she reached the age of 15, she joined Adrienne Bailon and Kiely Williams to form the group 3LW. After releasing their album on December 5, 2000, the group sold over 1.3 million copies only in the U.S.

Also, Naturi made her solo-debut in many songs. She provided five tracks for the 2009 American musical drama film, Fame. Later, she appeared on the BET talk show, The Mo’Nique Show.

Apart from her musical career, Naughton has made her appearances for different movies and TV series. Her film credits are Notorious as Lil’ Kim, Fame as Denise Dupree, Lottery Ticket as Stacie, and Step Sisters as Aisha. On the other hand, she appeared in the TV series such as Taina as Ria, The Nick Cannon Show, All That, The Client List, Queen of the South.

As of 2019, Naturi is working for the role of Tasha St. Patrick in the Starz drama, Power. Besides, she won an NAACP Image Award for the same series.

The Ameican actress, Naughton stands at a height of 5 feet and 0 inches i.e. 1.52m. She weighs approximately 51 Kg.

Who is Naturi Naughton’s Boyfriend? Her Marriage & Baby

As of 2019, Naturi is neither married nor single. She is in a beautiful relationship with her long-term boyfriend, Benjamin aka Ben. Though she is quite open about her relationship status, she has not revealed much information about her partner.

Together, the duo shares a beautiful baby named Zuri. The baby girl was born back in 2017. Currently, she seems to be living a happy life with her partner and child.

As per some tabloids, Naturi also dated the famous American actor, Jamal Woolard. However, the couple got separated after sharing three years of relationship. She was also in a relationship with the singer, Boog.

Besides, Naturi has not disclosed any other information regarding her past affairs and extramarital relationships. At present, she is free of rumors and controversies.

The famous American actress, Naturi Naughton has not only contributed her talent in the acting field but she has also established her career in the American music industry. Her movie, Notorious was a hit and collected $43 Million worldwide. On the other hand, her film, Fame grossed $77 Million worldwide at the box office.

As per the Celebrity Net Worth, Naughton has a bank balance of $800 Thousand in 2019. So, she must be earning a satisfiable salary from her appearances in the TV series as well. She is also active on her Instagram account titled naturi4real with over 2 million followers. The average income of an Instagram star with a million followers is up to $15,000 per post. So, she must have earned a pretty good amount through endorsement and advertisement.