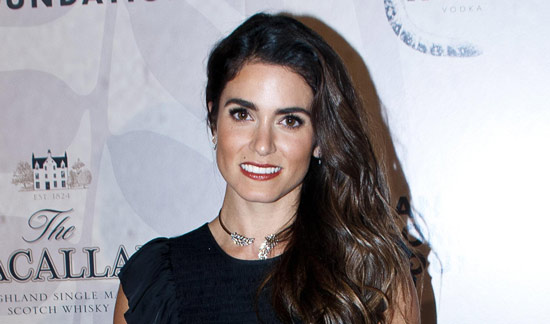 Nikki Reed is an American actress, screenwriter, singer-songwriter, and model who is well known for her portrayal of vampire Rosalie Hale in The Twilight Saga. Moreover, she made her appearance in the film, Thirteen, along with Catherine Hardwicke as a co-writer of the screenplay, and in which she an Independent Spirit Award for Best Debut Performance, as well as many nominations in 2003.

Reed earns an impressive salary and has maintained a lucrative amount of net worth from her career. Besides, she has married twice and also, shares a daughter, Bodhi with her second husband. To know more in details about Reed’s career as well as her personal life, net worth, and height, read the biography of Nikki Reed.

Who is Nicole Houston Reed? Her Bio & Wiki

Nikki Reed is one of the prominent actresses with a multi-talented personality. Moreover, she gained recognition as Rosalie Hale in the Twilight saga after starring in Lords of Dogtown and Mini’s First Time. Also, she received widespread attention for her role in Thirteen, which she also wrote.

Reed was born as Nicole Houston Reed on 17th May 1988, in West Los Angeles, California, in the US. Moreover, Reed’s nationality is American and her ethnicity is Jewish. She was raised along with her younger brother, Joey Reed by her parents, Seth Reed, a production designer, and Cheryl Houston, a beautician. Unfortunately, Reed’s parents separated when she was only two.

Concerning about Reed’s education, she returned to Alexander Hamilton High School in Los Angeles but dropped out after a year. Later, she earned a high school diploma through homeschooling and also is a vegetarian.

Inside of Nikki Reed’s Career

Thank you @myalivesocial for putting @bayouwithlove on your cover this month, and for allowing me to share about my journey to conscious living. The first two decades of my life were quite different. I spent my formative years experiencing life in a very bold, unabashed and rebellious manner that led me down a path of living life fast with an intensity I was born with. Sound familiar? Maybe this was your story too? At 21, I transitioned into a new chapter. I embraced a different way of socializing, one that revolved around healthy living instead of teenage shenanigans. I began to appreciate the outdoors, and started to recognize my lingering teenage naïveté, a symptom of growing up too fast without giving my mind and body the ability to catch up. I found a sense of connection…to myself. I am not ashamed of my childhood, I’m grateful for it. Who knows who I would be if I hadn’t experienced everything I did, exactly when I did. It has informed who I am as a mother, partner and friend. I’m sharing all of this because I can’t help but call out society’s criticism of change, when it should be celebrated. My hope is that we will continue to embrace curiosity especially when it relates to our health and wellness. Stop shaming people for trying in any capacity, when it’s that type of incremental change that does make a difference. Let’s applaud each other for our desire to try to be more conscious beings. It’s what makes us human, our ability to grow through recognition. @bayouwithlove is a tangible metaphor for what it means to see things through a different filter, to shift your consciousness in a way that allows you to be open to something new. Thank you @myalivesocial for supporting sustainability and conscious living, and thank you @lastyoni for capturing these images. ?❤️?

Furthermore, Reed appeared as Betsy Ross in Sleepy Hollow (2015-2016). Later in 2010, she won 2 Teen Choice Awards for her performance in The Twilight Saga: New Moon.

How much is Nikki Reed’s Salary & Net Worth?

Nikki Reed has an estimated net worth of $12 Million as of 2019. Moreover, she earns an impressive amount of salary from her profession. However, she hasn’t disclosed her salary yet. But, we can assume that she earns an average salary of an American actress $50,249 in the United States. Further, the earnings and financial data is listed below;

Who is Nikki Reed’s Husband? Her Marriage & Daughter

Coming up to Nikki Reed’s personal life, Reed first met Paul McDonald, a singer-songwriter and former American Idol contestant, on the red carpet at the premiere of Red Riding Hood in March 2011. Moreover, the couple started dating and not longer they moved in. Furthermore, the couple confirmed their engagement in June 2011. Later, they married on October 16, 2011, in Malibu, California.

Further, Reed and McDonald announced that they were separated after living apart for the previous 6 months due to work obligations in March 2014. Later, Reed filed a divorce agreement in May 2014, citing for irreconcilable differences, and the divorce was finalized on January 2, 2015.

After the divorce, Reed started dating Ian Somerhalder, an American actress since 2014. Moreover, they engaged in February 2015. Also, they tied the knot on April 26, 2015, in Malibu, California. Furthermore, the couple announced via Instagram that Reed was pregnant with their first child on May 4, 2017. Later, they welcomed their child, a daughter, Bodhi Soleil, on July 25, 2017.

Besides, Reed hasn’t faced any controversies and debates regarding her personal life and career. Neither did anything wrong that someone would raise a voice on her character. Currently, she is busy with her work while focusing on her career. Hence, Reed is living a happy married life with her husband, and daughter without any queries.