Who is Never Have I Ever Star Poorna Jagannathan’s Husband? Also Know About Her Career And Net Worth 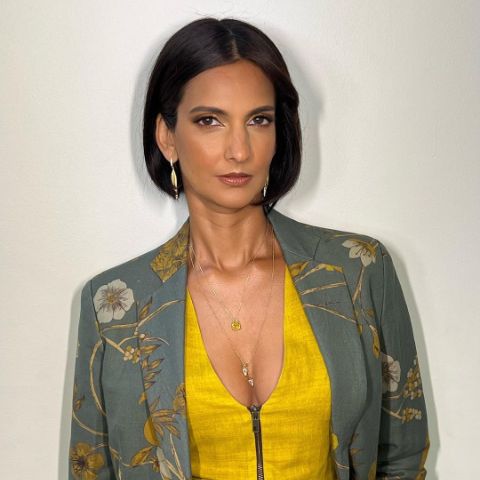 Poorna Jagannathan is one of the most brilliant American producers and actresses. Recently, she has been getting massive media attention as she portrays Nalini Vishwakumar (Devi’s mother) in the much-loved Netflix teen comedy series “Never Have I Ever.”

However, Jagannathan is best known for portraying Safar Khan in the HBO drama miniseries “The Night Of.” Continue reading to learn more about this amazing Producer/Actress’s bio, movies, TV shows, education, husband, and many more.

Who really is Poorna Jagannathan?

Born in Tunis, Tunisia, on December 22, 1972, Poorna Jagannathan is a 49-year-old Indian-American actress and producer. Her father’s name is Krish Krishnan, and her mother’s name is Vasantha Krishnan. And she has a sibling named Sean T. Krishnan.

Even though Poorna was born in Tunisia to Indian parents, She grew up moving around the world because of her father’s career as a diplomat. The Indian-American actress speaks English with a sophisticated, impenetrable accent, and she’s also fluent in Portuguese, Spanish, Hindi, and Tamil.

Talking about her educational background, she studied at the University of Brasilia and then graduated in journalism from the University of Maryland, College Park. In addition, Poorna looked toward a Master of Fine Arts in acting at the Actors Studio Drama School at Pace University on a scholarship. However, she dropped out after the first year and continued to study, working under her mentor, Elizabeth Kemp, an actress and an acting coach.

Is Poorna Jagannathan Married Or Not? Who’s Her Husband?

Poorna Jagannathan, the actress from Never Have I Ever, is a happily married woman. And she has married her long-term boyfriend, Aazad Oommen. After dating for a while, she got married to Aazad in 2003. However, she hasn’t revealed the actual date of their marriage to the general public. But her wedding events were held privately in front of their close friends and family.

Furthermore, actress Poorna and her spouse Aazad are blessed with a child. And the name of her son is Anav Oommen. They were together for 19 years, and there are no rumors of a separation or an extramarital affair. She also hardly speaks about her relationship in interviews and public places. And there is no doubt that she is currently living a healthy lifestyle with her family in America.

Before trying her luck in the film industry, Poorna Jagannathan spent 15 years in advertising. Finally, in 2011, she was offered a role in the Indian film Delhi Belly. As a result, people started to notice her quiet yet commanding screen presence. Eventually, Poorna had her breakthrough role in HBO’s haunting 2016 drama The Night Of. Her performance as the bereaved immigrant mother whose sin is wrongfully accused was heartbreaking.

Similarly, Poorna went on to have another breakthrough role in Hulu’s Muslim-American comedy Ramy. She portrayed a passion-starved housewife. Above all, Nalini’s central and multifaceted role in “Never Have I Ever” rose Poorna to stardom.

Actress and producer Poorna Jagannathan have been active in the film industry since 2001, starring in movies and TV series such as She Hate Me, The Weather Man, Starved, Awake, ]and Law & Order. She appeared in the television drama series Royal Pains from 2010 to 2011.

In 2008, she worked in another drama series called Peace, Love, and Misunderstanding and in Bollywood movies dubbed Delhi Belly. She received widespread acclaim for her hard work and strong performances in a variety of films and tv shows.

Similarly, she has the other credits role both in Hollywood and Bollywood movies and TV shows like The Dead Center, The Act, The Night Of, Beyond the Night, Rizzoli and Isles, Awake, The Weather Man, The Weather Man, Carrie Pilby, Better Call Saul and many others.

So, there is doubt that she is currently living a healthy lifestyle. However, Poorna has an estimated net worth of $1 million as of 2022. According to some sources, the average annual income of an American actor ranges between $36k-77k, and she might get this amount or more. Poorna was the highest-paid cast member in the series Never Have I Ever season and was also given a $100,000 bonus. Similarly, Canadian actress Maitreyi Ramakrishnan has an estimated net worth of $1 million.

Stunning actress Poorna Jagannathan stands at an actual height of 5 ft 7 inches (1.70 m) with an estimated body weight of 54 kg (119 lbs). And she has black eyes and hair in color.

Furthermore, she has a body measurement of 34-25-33 inches. Being an actress, she maintains a healthy lifestyle. As of 2022, her age is 49. Moreover, check out the personal and professional life of American actress, model, and singer Sarah Catherine.

On Instagram, she has the username @poornagraphy, with 498k followers. And she has a Twitter account with the handlebar @PoornaJags, and there she has 19k followers. Similarly, she has an official Facebook with the name Poorna Jagannathan with 23k followers.