Duane Chapman Has Married Five Times In His Lifetime! Know Dog the Bounty Hunter’s Net Worth 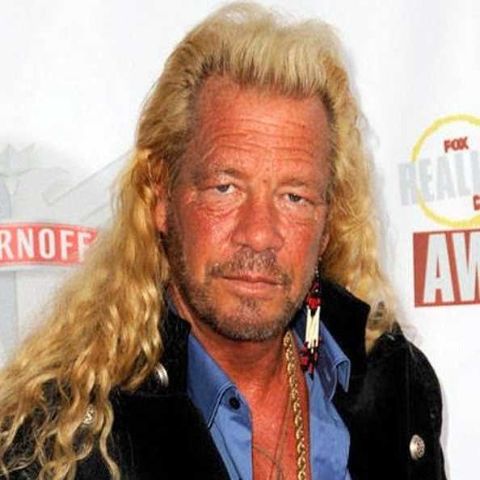 Duane Lee Dog Chapman is one of the most celebrated American Reality Show stars from the show Dog the Bounty Hunter on A&E. Besides, he is an American bounty hunter and a former bail bondsman. The handsome hunk started his career in 1973 at twenty and was part of Dog’s Most Wanted in 2019.

Born on February 2, 1953, in Denver, Colorado, Duane was birth to Wesley Duane Chapman, a welder, and his wife, Barbara Darlene Chapman, a school teacher. Further, he grew up with his siblings, Jolene Kaye Martinez, Michael Chapman, and Paula Hammond.

Yes! You’ve heard that right. Duane Chapman has been married five times. His last wife, Beth Smith, an American television personality, reality star, and producer. Sadly, she is no more with us and died in 2019 due to throat cancer after battling for more than two years.

Their love story is too impressive to know. The two were in a relationship for a very long time before tying their wedding knot; they met each other in a show and started dating each other. After spending quality time together, the twosome walked down the aisle on June 26, 2006, at the Hilton hotel in Waikoloa Village in Hawaii.

Before marrying Duane, Beth was married and divorced from her former husband. As per the report of Cheatsheet, the hunk started dating a Colorado native, Francie Frane and started dating after the meeting for some time. Duane got married to his new wife in 2021.

Smith is the fifth wife of Chapman. Moreover, the heaven-made couple has two children, Bonnie Joanne Chapman and Garry Chapman. Besides them, she had a daughter named Cecily, who Duane adopted at their marriage. In addition, the lady has a son named Dominic Davis.

Past Relationship History of Duane Chapman

The TV personality Duane was first married to La Fonda Sue Darnell in 1972. Soon after the marriage, the two welcomed their first child, Duane Lee Chapman II, and then, in 1976, they had their second child, Leland Blane Chapman.

Sadly, Darnell filed for divorce in 1977 after Chapman was convicted of first-degree murder.

After release from prison, he exchanged wedding vows with his second wife, Ann Tegnell, in Colorado on August 22, 1979. From this marriage, the ex-duo had three more children. Similar to the sooner wedding, this relationship also ended with divorce.

The actor married his third wife, Lyssa Rae Britain, in 1982 in Colorado Mountains. Even though Lyssa was not formally divorced from her first hubby, they welcomed their first child, Barbara Katie Chapman, on June 8, 1982.

The pair had three children from this marriage; their youngest child was born in 1987. After signing the divorce paper, this marriage ended on November 20, 1991.

Soon after his split with Lysaa, Duane performed his wedding ceremony with his girlfriend, Tawny Marie Chapman, in 1992. Similarly, the two first met in 1988, and their romantic life lasted for two years. But they separated in 1994.

Nonetheless, the divorce was officially finalized in 2002; the twosome did not have any kids from this relationship. In addition, the dashing man married his fifth wife, Beth Smith, on May 20, 2006.

Chapman is the sole author of his autobiography, You Can Run, But You Can’t Hide, Where Mercy Is Shown, Mercy Is Given, etc. From his book sales, the guy must’ve garnered good revenue.

Not just that, his late wife Beth Chapman also had a wealth of around $3 million, as per reports. Duane’s earnings might be approximately $50,000 to $100,000 per episode from the reality show.

Recently, Dog the Bounty Hunter sold his Colorado home. Reports suggest his luxurious Castle Rock residence was closed on a deal of $1.59 million. After selling the house, he and his family moved to Florida.

Follow AllStarBio, For Further Updates On Your Favourite Celebs.