The famous Indian actress, Priyanka Chopra confirms that she will be attending her best pal Meghan Markle‘s royal wedding with Prince Harry. She will be on hand in order to see her friend, Meghan, say her I dos to Prince Harry in May 2018.

Chopra made a guest appearance on Live With Kelly and Ryan on Thursday and then confirmed that she will appear as a guest at the highly anticipated royal wedding. The 35-year old actress confirmed the news to the UsWeekly. The wedding will be held at st. George’s Chapel inside Windsor Castle in England.

Dear spring…where are you? 🌷

The only thing the actress, Priyanka has not confirmed is the dress she will be wearing in the ceremony. Although the marriage date is just a month away, she has not decided her outfit yet.

Chopra also clears the royal marriage mystery that she will not be a bridesmaid in Harry and Meghan Wedding. She further added,

It’s a big day for my close friend. It’s not just going to be life-changing for both of them, it’s life-changing for all over the world that needs to see strong women as icons, and I think Meghan has the potential to be that.

Harry and Meghan previously served as a bridesmaid and pageboy in Kate Middleton and Prince William married during 2011. So as of now, Prince Harry has selected Prince William to be the best man in his upcoming nuptials.

Moreover, Priyanka Chopra and Meghan have known each other for three years and she is too happy the way the world has responded Meghana. She also added that her pal, Meghan is a relatable young woman of the world.

Recently Priyanka was seen in London and her fans guessed she was there to be fitted for a gown in order to serve as a bridesmaid or maid of honor dress for the wedding.

The renowned actress, Priyanka Chopra, and Meghan became friends after they met each other at a Women in Television event in 2016.

Who is Steven Crowder? Know in Details about his Net Worth and Career 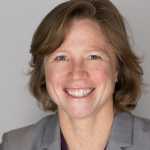 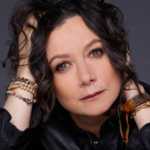