Rachel Skarsten aka Rachel Alice Marie Skarsten is a Canadian actress known for her role as Dinah Lance in an American television drama series Birds of Prey. Furthermore, she is also popular for portraying the role of Tamsin in the supernatural drama television series Lost Girl. In addition, Rachel’s other film credits are Beauty & the Beast, The Listener, Imposters, etc.

The 34 years old star Rachel is not married yet but she is in a romantic relationship with her boyfriend Alexandre Robicquet. When did the couple begin dating? Are they planning to get engaged or married?

Who Is Rachel Skarste? Bio

Rachel Skarsten was born on April 23, 1985, in Toronto under the birth sign Taurus. She is the daughter of Norwegian father, Dr. Stan Skarsten and his wife Mary Aileen Self Skarsten, of English descent. Rachel is the eldest child among 2 children. She has a younger brother Jonathan.

Rachel trained at the Royal Academy of Dance for 12 years and later she attended Claude Watson School for the Arts from 4 to 8. After that, Skarsyen continued in the Claude Watson Arts Program at Earl Haig Secondary School from grades 9-12, majoring in visual arts.

In addition, Skarste received a double degree in English Literature and Classical Studies from Queens University in Ontario.

Is Rachel Skarsten Married? Who Is Her Husband?

The 34 years old Rachel Skarsten is neither married nor single. As of now, the actress is enjoying a loving relationship with her longtime boyfriend Alexandre Robicquet. However, she has not shared the information when they began dating. On 12th December 2018, Rachel shared a picture and captioned “Joyeux Anniversaire my love2” from which we can say the couple began their relationship on 12th December.

Moreover, Rachel and Alexandre’s romance can be seen in their social media. Currently, the actress is living a happy life and spends a lot of time hanging around with the people with whom she feels comfortable sharing her stuff.

Further, on 24th April 2019, Alexandre wished Rachel on her birthday and caption the photo as Happy birthday my love with heart sign.

As Rachel and her boyfriend are together for a long time they haven’t planned to share the wedding vows. Similarly, there are no conflicts in their relationship.

What Is Rachel Skarsten’s Net Worth?

Being active in the industry since long, Rachel Skarsten has collected an impressive amount of money. Her net worth is estimated to be around $1 Million as of 2019. The main source of her income is from her acting career. As an actress, Skarsten earns the average salary of around $49924 annually.

Similarly, her 2017 film Molly’s Game which was prepared on the budget of $30 Million grossed $59.3 million on the box office. From these successful movies, Skarsten surely received good payrolls. 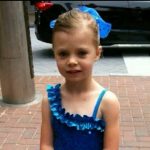