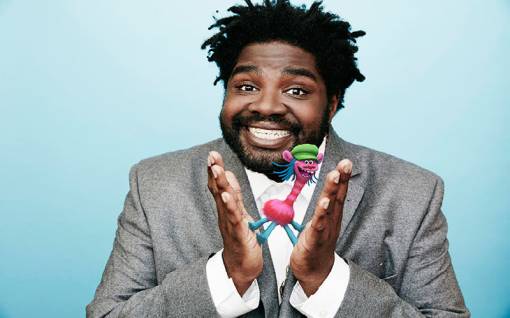 Ron Funches is an American comedian, writer as well as an actor. He came to fame after his appearance in the American television sitcom that aired on NBC Undateable and also in 2015 comedy film Get Hard. In addition, his other TV series credits are; We Bare Bears, The Adventures of Puss in Boots, The Eric Andre Show and many other.

Ron has maintained his professional life well but his personal life seems to be quite complicated. To know about Ron’s personal life as well his net worth, read the article below.

Who Is Ron Funches?

Ron Funches was born on March 12, 1983, in Los Angeles County, California. He holds American nationality and belongs to black ethnicity. Growing up, he spent his childhood along with his mother and sister in Chicago Illinois.

When Ron was 13, Ron moved to Salem, Oregon. There he attended  Douglas McKay high school.

Is Ron Funches Married? Who Is His Wife?

Though Ron has successfully maintained his career, on the other hand, his personal life is quite complicated. He was married once in his life. Though he did not reveal more about his wife, all we know is the couple lived together in Salem for many years.

The couple has a son Malcolm Funches from their marriage. Later, it was diagnosed that their son was autistic needing special care. As Ron used to be busy in his work, they both parted their ways in 2012.

As of 2019, Ron has taken comedy as a mean to tolerate the sufferings of life. Moreover, back in 2015 October, Ron announced to People magazine that he met his girlfriend on Tinder. Further, he also shared dating tips via video.

In addition, Ron was once rumored to be gay after he kissed his co-star Michael Ian Black on the set of The Meltdown and Rick Glassman from Undateable. However, he denies all the rumors via Twitter.

During his childhood, Funches never thought of being an actor or a comedian. At the age of 23, he began pursuing comedy in Portland, Oregon after working at a series of jobs that he felt he was not suited for. Furthermore, he has also a role in the 2015 comedy film Get Hard. In addition, in 2016, Funches played in the American parody film Donald Trump’s The Art of the Deal: The Movie as a member of The Fat Boys and the same year he gives his voice in the American computer-animated musical comedy film Trolls.

What are you about in 2019? Be about that healthy, drama free lifestyle with me! Almost a month in.. have you been Gettin Better for the New Year? Listen to the podcast now for advice on sticking to your New Years goals! #gettinbetter

Likewise, Ron has played in numerous film and TV series. Some of his TV series are Transparent, Home: Adventures with Tip & Oh, The Adventures of Puss in Boots and The Eric Andre Show.

Ron Funches’ net worth is estimated to be around $5500 thousand as of 2019. He earns the income from his career as a comedian as well as a writer, actor, and voice actor. The average salary of a TV actor is $15k to $25k per episodes. But if the actor/actress is more experienced in the entertainment industry, then they can earn $150k to $300k per episode.

Ron is able to lead a luxury life with his accumulated wealth.

Donald Trump's The Art of the Deal: The Movie Get Hard Harley Quinn Home: Adventures with Tip & Oh Transparent. Trolls Trolls: The Beat Goes On! Undateable