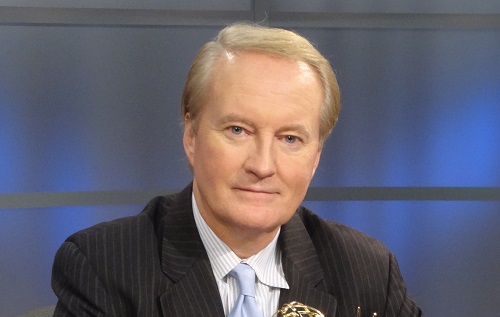 Larry Mendte is an American news anchor, commentator, as well as a radio talk show host. He is well known for hosting the American syndicated TV show, Access Hollywood. Mendte was the lead anchor of the 6 pm and 11 pm newscasts for KYW-TV in Philadelphia. He worked for many News channel including WPVI-TV, WCAU-TV and many more.

Mendte is married twice. Who are his wives? Does he have children? Scroll down to find the information about Mendte’s personal as well as professional life.

Mendte graduated from Monsignor Bonner High School in nearby Drexel Hill. He holds a B.A. in Mass Communications from West Chester Universit. Later, Mendte was inducted into the high school’s Hall of Fame in 2003.

Larry Mendte started his career as a weekend sports anchor on WABC. He worked there from 1984 to 1988. Later, Mendte served as a news investigative reporter at WBBM in Chicago. Mendte also served as an anchor for WCMH in Columbus, WLYH in Lebanon, WTAJ in Altoona, KIEM in Eureka.

Mendte made his appearance in three movies in cameo roles. First, he appeared as a News Anchor in the American comedy-drama movie, Primary Colors. Furthermore, Mendte starred in the 1998 American independent mystery-thriller movie, Shadow of Doubt as Reporter #4.

Likewise, Mendte featured as a TV Anchor in the 2001 movie, Snipes (2001). Currently, he hosts three TV shows including Jersey Matters, The Delaware Way, and Another Thing With Lary Mendte.

How Much Is Larry Mendte’s Salary & Net Worth?

Mendte has worked with many prominent news anchors including Kit Hoover who has a net worth of around $4 Million and Billy Bush whose net worth is $9 Million in the American television program, Access Hollywood. Furthermore, he also served with Natalie Morales, Nancy O’Dell, and Maria Menounos in the television program.

Who Is Larry Mendte’s Wife? His Marriage & Children

Larry Mendte is married to Dawn Stensland, the former 10 pm news co-anchor at Fox’s WTXF in 2000. Together, the couple has two children, Michael (born in 2004), and David Mendte (born in 2006). Since their wedding, the pair is together.

Mendte and his wife are supportive of each other and give equal space for private life. Currently, Mendte resides in Lansdowne with his wife and children.

Besides this, he also has a daugther, Stacia, and a son, Jonathan from his previous marriage. However, the identity of the mother of his kids is unknown.

Larry Mendte pleaded guilty on the charge of intentionally accessing his co-anchor, Alycia Lane’s email account without authorization on 22nd August 2008. In his statement, he acknowledged that he had an improper relationship with Lane.

Mendte stated that he ended the relationship and it quickly turned into a personal feud and Lane was attempting to get him fired. Later, the appeal was turned down by the United States Court of Appeals for the Third Circuit stating that Mendte pleaded guilty and gave up his rights to appeal.