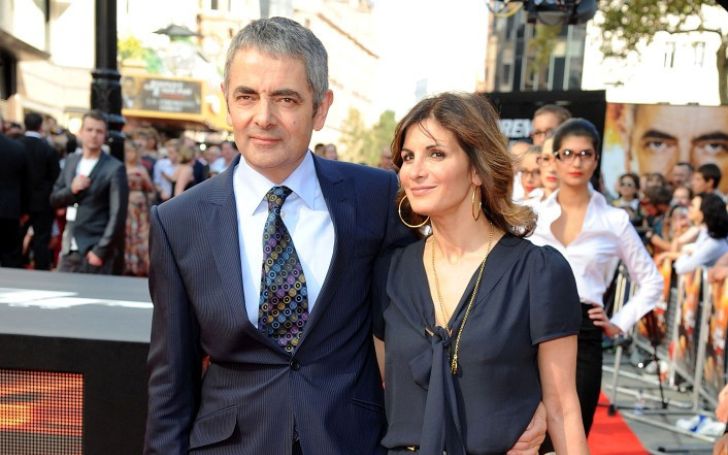 Sunetra Sastry is a brilliant makeup artist. But This isn’t the thing that made her famous. What made her famous was marrying one of the legendary comedians and actors, Rowan Sebastian Atkinson, who is massively popular as Mr. Bean.

Unfortunately, Mr.Bean and Sunetra divorced. It has been 7 years since they split. Ever since her divorce from the comedian, she stays a low-key life that doesn’t involve her relationship with celebrities.

However, why did the makeup artist and the comedian divorce? Who are their children? What is Sunetra doing now? If you’re wondering all these questions, we got you covered!

Sunetra Sastry is an amazing makeup artist. She is credited for the Tv series Blackadder II and the movie Smack and Thistle for her makeup work as a member of the makeup department.

The makeup artist began her career in the early 1980s. She got to work on one of the prominent projects, Black Adder, a pseudo-historical situational comedy launched by BBC.

Besides this, Sunetra gathered massive fame after her marriage to Mr. Bean. Since 2015, she has been known as the ex-wife of Rowan Atkinson, aka Mr. Bean.

Sunetra was born on the 5th of September, 1957, in England. She is 65 years old as of 2022. She is beautiful and elegant, standing at an average height of 5 feet 4 inches tall and weighing a suitable weight. The makeup artist has captivating brown eyes and silky light brown hair.

The 65 years old was born to different nationalities’ parents. Her mother was British, while her father was Indian. Sunetra Sastry was often bullied due to racism against Indian people during her childhood.

As the saying goes, Love conquers all; Sunetra’s mother was even disowned by her family for marrying her father. Despite this, the pair’s Love won.

As for her education, Sunetra graduated from high school and went to Beauty College in London. Moreover, her parents were against her decision to pursue a career as a makeup artist. Her parents wanted Sunetra to become a nurse.

Sunetra and Atkinson met in 1986 when Sunetra was working on the set of Blackadder as a makeup artist. They dated for three years before engaging in 1989.

Finally, Sunetra and Rowan walked down the aisle in February 1990 at the famous Russian Tea Room in New York City.

The pair had their first son, Benjamin, in 1993. After two years, their second child was born. Her name was Lily, born in 1995. After the birth of her children, Sastry quit her job to look after her children.

The happily married couple ended their marriage after being together for decades. Their marriage grew weaker as the news of a new woman entering Rowan’s life burst! Rowan was involved with Actress Louise Ford at that time.

Therefore, the pair divorced on November 10, 2015, ending their 24 years of marriage. They were building an £11 million home in Oxfordshire at their divorce.

The couple separated, citing irreconcilable differences. Subsequently, Mr. bean moved into a £4million London cottage, and Sunetra lived in a £21million mansion in the capital.

Yes, Mr. Bean went public with his new girlfriend actress Louise Ford. Surprisingly, The actress is 29 years younger than him. They met while serving together in a West End Production of Simon Gray’s drama Quartermaine’s Terms.

Rowan and Louise have a daughter together, born in December 2017. Mr. Bean has nicknamed his daughter Baby Bean.

When Mr. Bean went off with Louise, his daughter Lily described his actions as a D***move as she was upset about her father’s new girlfriend. Moreover, she changed her nickname Atkinson to Sastry, her mother’s surname.

Aside from Lily, comedian James Acaster was equally surprised over the new relationship between Mr. Bean and the actress. No wonder James was pissed off because he used to date Louises, and he found out the duo were together later.

James said during his show that He got left for Mr. Bean. He also added, he found out a year after they split. He opened the newspaper, and there was a full-page story; In the history of time, no one else has ever been left for Mr. Bean.

On the other hand, Sunetra Sastry doesn’t seem to be marrying or involved in any relationship.

How rich is Sunetra Sastry? Know her Networth!

Sunetra Sastry is living a lavish life. However, her networth is undisclosed. She has probably accumulated substantial sums through her career as a makeup artist. Moreover, she got handsome cash from the divorce settlement.

On the other side, her ex-husband, Rowan Atkinson, has gathered a large fortune. He holds a hefty networth of $150 million. He is a legendary comedian and actor best known for his character, Mr. Bean.

Mr. Bean has appeared in numerous roles that show his magnificent comedic skills. Moreover, He is an accomplished theater actor.

Atkinson had his cinematic success after his performance in the Mr. bean film adaptations Bean in 1997.

It was a box office smash hit. The movie generated over $250 million on an $18 million budget.

Similarly, Bean’s Holiday in 2007 and film series Johnny English. Mr. Bean’s movie, Mr. Beans Holiday, was released in 2007, which was highly successful. It grossed the box office with earnings of over $232 million.

He has also appeared in commercials with Snickers, M&Ms and Nissan. Rowan loves cars; he is an avid car collector and owns numerous luxury sports cars. He also owned a McLaren F1 and sold it for $12 Million.

Furthermore, the comedian has made guest appearances on various Tv shows, including Late Night with Conan O’Brien, Doctor Who, and Horrible Histories.

In 2007, Rowan was listed as one of the 50 funniest actors in British comedy in The Observer. Likewise, the top 50 comedians ever in a 2005 poll of fellow comedians.