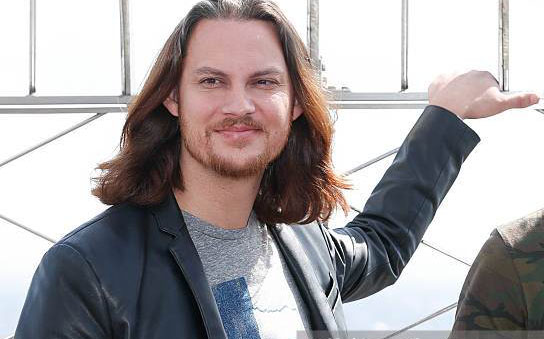 Tim Foust is a well-known singer. He is famous for being the vocalist of an American Cappella group of five, including Tim Foust, Austin Brown, Rob Lundquist, Adam Rupp, and Adam Chance. They traveled to approximately 200 shows a year across the United States, beginning as a show group. Their first album, From the Top, was released in 2007.

On July 19, 1982, Tim Foust was born in Lubbock, Texas, United States. Later in his life, he went to Nashville, TN, for his music career. Foust presented and studied classical music in high school. He then joined Lamar University. However, he did not finish his studies there. His parent’s information does not reveal in the media.

Their albums, ‘Home Free‘ and ‘Crazy Life,’ were released on February 18, 2014. However, they were released digitally on January 14, 2014. He then joined the Boston-based group Ball In The House‘. Tim shared a stage with Gladys Knight and Kenny Loggins.

Looking at his personal history, Tim has not shared anything about his love life in the media yet. It seems he is still a single boy. He is more focused on his professional father than making a girlfriend.

His nationality is American, and he belongs to the white ethnicity. He won NBC’s The Sing-Off as a member of Home Free.

Tim Foust earns an impressive net worth from his career. According to the sources, his estimated net worth is $1.5 million. He is one of the active members of this group.

They sang a version of Hunter Hayes’ I Want Crazy, as their last competitive song, earning the group $100,000 and a recording contract with Sony. The group won the fourth season of ‘The Sing-Off’ on NBC in 2013. However, his exact salary is not known. It is still under review.

Foust is a very active guy with perfect height and weight, but it is unclear. He looks handsome with brown hair and eyes as well. Moreover, his body measurements are still missing.

Ball In The House Crazy Life I Want Crazy singer