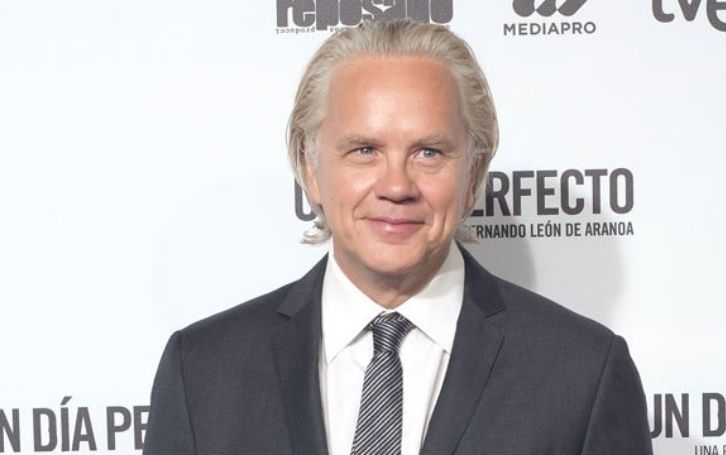 Have you ever watched a movie named Shawshank Redemption, which is considered one of the best movies by IMDB? If yes, then you must be familiar with the lead role of Andy Dufresne, played by versatile actor Tim Robbins. He is an American actor, screenwriter, director, producer, as well as a Musician.

Robbins is also credited for films like Bill Durham, Jacob’s Ladder, The Player, and Mystic River. What about the academy award winner actor’s personal life? Is he married? To find out further details continue reading the article.

Tim Robbins was born as Timothy Francis Robbins on October 16, 1958, in West Covina, California, to father Gilbert Lee Robbins and mother Mary Cecelia. Similarly, his father was an actor and singer of the 60’s band The Highwaymen, and his mother was also an actress. Currently, the 61-year-old actor grew up alongside siblings, two sisters, Adele Robbins and Gabrielle Robbins and a brother David Robbins.

Tim was raised in the Catholic faith. He then moved to Greenwich Village on the west side of Manhatten with his family at a young age since his father was a member of a folk band.

As both of his parents were in the art field, his interest rise in theatre, and he started performing from the early age of twelve. Moreover, he attended Stuyvesant High school in Newyork and joined the drama club in the school. Robbins was a member of the class of 1976 in the school drama club.

He spent two years at the school studying drama and returned to California to study film at the UCLA film school, which was one of 11 members of the University of California. Ultimately, he graduated with a Bachelor of Arts in drama in 1981.

Tim Robbins was linked with quite several ladies in the past before meeting actress Susan Sarandon. Although the couple didn’t marry, they were engaged from 1988 to 2009. The ex-partner first met on the set of the 1988 comedy sports film Bill Durham. Susan is an Academy Award winner for her roles in movies such as Thelma & Louise, The Client, Lorenzo’s Oil, and Deadman walking, which is also a directorial venture of Tim.

However, their relationship could not last long, and they decided to part ways after being together for 21 years. In addition to their long-term relationship, they share two children.

As of now, Tim is single with no rumors of affairs. Contrary to that, his ex-partner had a couple of relationships before and after breaking up with Tim. Susan was previously married to a fellow student and American actor Chris Sarandon whose surname she retained even after divorce in 1979.

Tim Robbins is a father of two sons from his relationship with his partner Susan Sarandon. The ex-partner welcomed their first son named Jack Henry Robbins, on May 15, 1989. Tim’s eldest son John is a director and writer known for his works in movies like Hot winter, Opening night and Painting with Joan.

Likewise, his other son Miles Guthrie Robbins was born on May 4, 1992. He is also famous for his role in The x-files, My friend Dahmer, Mozart of Jungle, Blockers, and Halloween. Also, he is renowned for appearing in his father’s directorial movie Deadman walking alongside Sean Penn, Robert Prosky, Raymond J. Barry, and R. Lee. Ermey, and Scott Wilson.

Tim Robbins accumulated a total net worth of $60 million from his career as an actor and director. Considered as one of the highest-paid actors in the United States. Also, Robbins earns around $1 million to $1.5 million for a movie. He is famous for acting in the non-commercial film as well. Most of his work is critically acclaimed, but that doesn’t mean his movie fails commercially. Some of his highest-grossing film lists are given below:

As of now, Tim lives in a New York house, which he bought with his ex-partner. The house contains four-bedroom and three half-bathroom and lies under 5,068 sq ft. The 61 years old actor purchase the home for around $1.675 million.