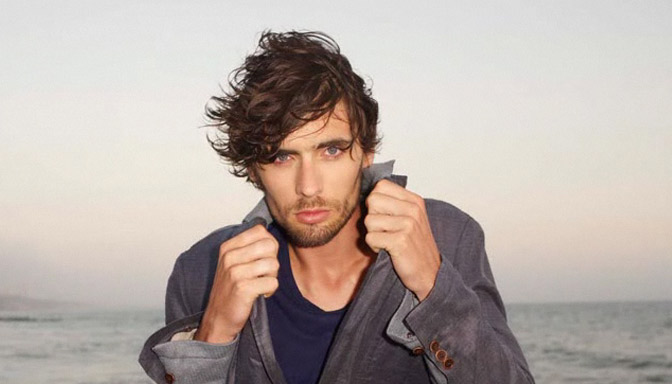 The full name of Tyson Ritter is Tyson Jay Ritter. He is an American singer, musician, actor, model, and songwriter. He hit the spotlight after appearing as the lead vocalist, pianist, songwriter and bassist of the punk band “The All-American Rejects.” Ritter started his acting career after appearing in the role of Dane on “Betas,” and musician Oliver Rome on “Parenthood.” He even appeared in the supporting roles in the movies like “Miss You Already“, “House Bunny” and “Love Mercy.”

Tyson Ritter was born on April 24, 1984. He was born and raised in Stillwater, Oklahoma. The name of his mother is Tracey Rains who worked as an employee at Stillwater Public Schools. The name of his older brother is Zack, an endodontist, and younger sister Bailey. He and his siblings graduated from Stillwater High School. As of 2019, Ritter is 35 years old.

Ritter met his band members in one of the parties in middle school. After Jesse Tabish had quit the band, there were auditions of Chris Gaylor and Mike Kennerty. Doghouse Records picked The All-American Rejects and later was picked by DreamWorks Records with the current major label of Interscope Records.

Oops, looks like the party is awesome…. my bad

In 2014, Ritter appeared in the role of John Cusack in the movie “Love and Mercy.” He cast in the lead role of singer Gregg Allman in the biopic “Midnight Rider, ” but the movie was cancel due to the death of camera assistant Sarah Jones. However, in 2015, he appeared in the supporting role in the comedy-drama movie “Miss You Already” alongside Drew Barrymore and Toni Collette.

Tyson Ritter is a married man and is enjoying his marital life with Elena Satine. Elena Satine is a Georgian actress who is famous for Louise Ellis in Revenge. The couple started dating since 2012. Later, after a year and three months, the couple exchanged their rings in April 2013.

The couple tied the knot on the New Year Eve, 31st December 2013 after nine months of the engagement. Now, they are happily enjoying their marital life since three and a half years and still counting on. There are no rumors of their separation or divorce issues talked in the media.

Speaking of Ritter’s past affairs, he enjoyed a long-term relationship with American model Kim Smith. The couple dated for almost five years after getting together in 2004. However, after such a long relationship, the couple separated in 2009.

Tyson Ritter started his professional career in 1997, and it’s been almost two decades. Well, he earned around $3 million throughout his acting career. As he is active in the field, there is no doubt that his net worth will go high in the coming days.

Tyson Ritter has a height of 1.85m (6 feet 1 inch), but his weight is unknown. Likewise, he has an average body type.