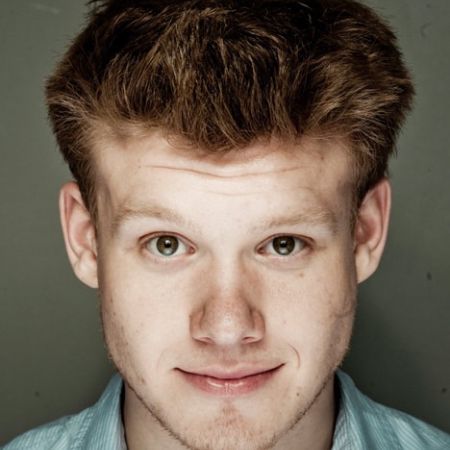 You are probably familiar with Viktor Horinyak from the Russian comedy series Kitchen on STS. He played the handsome barman at the restaurant, Konstantin “Kostya” Konstantinovich Anisimov.

Viktor Horinyak is an academically gifted man. Therefore, he thought of beginning a career in medicine but chose to become an actor instead. He has been active in the film industry since 2007, acting in many plays and movies. His upcoming movie is Mister Knockout.

Born and raised in Minusinsk, Russia, Viktor Horinyak is a Russian actor. He has been acting in films since 2007.

Likewise, the actor began appearing in television series in 2010.

Viktor gathered massive fame after starring in the bartender Konstantin “Kostya” Konstantinovich Anisimov in Kitchen and the 2014 film The Kitchen in Paris.

To date, the actor has appeared in about 40 films. He is widely known for his role in the Tv series Kuchnya (Kitchen).

Viktor Horinyak was born on March 22, 1990, in Minusinsk, Russia. He is the youngest of three children. He has an older brother and children.

As for his education, Viktor graduated from the Moscow Theater Art School. He would spend much of his days in the classroom during his four years. Moreover, Viktor would work as a security guard at a restaurant.

Talking about Viktor’s socials, the 32-year-old is active on Instagram under the username @khorinyakvitya. He has exciting followers of 191k followers, but his account is yet to be verified.

Who is Viktor Horinyak’s wife? Know about his marriage and child!

Viktor Horinyak keeps his personal life private. Significantly less is known about his marriage, wife, and child. However, here is some information.

Viktor was married to his college sweetheart  Olga Horinyak. The pair tied the knot when they were undergraduates.

The details of his wife are under-wrapped except for the fact that she works as a child psychologist. Unfortunately, Viktor and his wife divorced after eight years. Together, the ex-pair has a son Ivan Horinyak born in 2013.

Viktor Khorinyak began his acting career after winning the competition in the School-Studio of the Moscow art theatre, and in 2011 receiving a diploma with honors. His first film was Law and order. Consequently, it opened the actor’s multi-faceted talent. Subsequently, he got the role in the Policeman, At-risk, strange wings, and others.

As mentioned above, Viktor Khorinyak rose to prominence after starring in the smash hit Tv series the Kitchen. As per capelino, The actor says,

“I learned with great desire, was engaged from early morning until late evening, and after school — part-time. I worked security at the restaurant. A great opportunity to observe the behavior of the chef and bartender, as well as the behavior of the guests helped me on set in the famous TV series the Kitchen.”

Besides, the actor has appeared in over 40 films; notably “Hotel Eleon,” “Kitchen in Paris,” Afterall, the Russian actor has gathered a hefty sum through his works in the film industry. Vikor Khorinyak holds an estimated net worth of over $2 million.