Where Does Taylor Alesia Live Now? Know About Her Personal Life 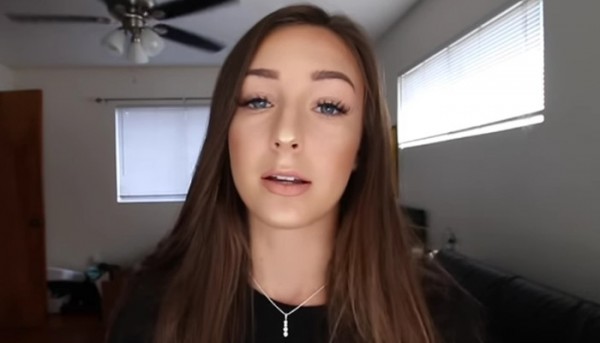 Taylor Alesia is a YouTube sensation who gained overnight fame from her hit song Stay the Night. In the current world, social media has provided platforms for such talents who can gain celebrity status showcasing their talent. Some stars who gained fame through it are Alissa Violet, Tessa Brooks to name a few.

Such is Alesia who has more than 2 million subscribers on YouTube. Among many viewers, many are hardcore fans of her who follow her and want to know more about her. Well, if you’re one of them then look no more as we explore more about her personal life.

The 22-years-old Social media personality is very popular on social media platforms. She has garnered more than millions of followers. Alesia comes from a very humble background and found global success in 2017. Her 2017 hit single Stay the night has crossed more than 10 million views on YouTube as of now.

The 5 feet 4-inch social media star was born and raised in Arizona, United States of America. Her mother gave birth to her on October 13, 1996, however, any details about her father and mother are not disclosed. She belongs to the white ethnicity and grew up alongside her elder sister.

Alesia completed her education from a local school in her hometown in Arizona. The Insta star always had her passion for singing and acting. Thus, she covered some popular songs as well. The blue-eyed beauty has well maintained her body as she looks stunning in her photos.

Alesia travels a lot and recently she Visited Hawaii and Florida as per her Insta posts.

Alesia stands tall at a height of 5 feet 4-inch or 162.56 cm from the ground. The social media star works out regularly in order to stay fit and look stunning in all of her photos. Her body measurements in numbers are:

Prior to that, the 22-years-old posted pictures on Instagram and used Twitter a lot. After some years she was exposed to the live streaming platform called YouNow where she has more than 35,000 followers as of now. Progressing on her career as a social media star, Alesia tried her hands in Social networking app called Musical.ly.

In her YouTube channel “Tayloralesia” she posts video relating to couple goals, her fashion tips, life experiences, and lifestyle. Furthermore, Alesia also uploads her songs the latest of which is Speechless. Besides YouTube, Alesia is followed by 2.3 million people on Instagram.

She also features in the videos of her friends such as Tanner Fox who as per many sources is her ex-boyfriend. Alesia post mostly her bikini photos on Instagram citing her swimwear. Not just that, she also provides advice on Cosmetics items which she uses to her followers.

Where does she currently live?

Alesia still lives in Arizona where she is surrounded by her friends and family members. Taylor is enjoying her life and with a good fortune of net worth, she is living comfortably. She still has a long journey ahead in her career and in the coming years with the talent she has, Alesia is surely making her mark.