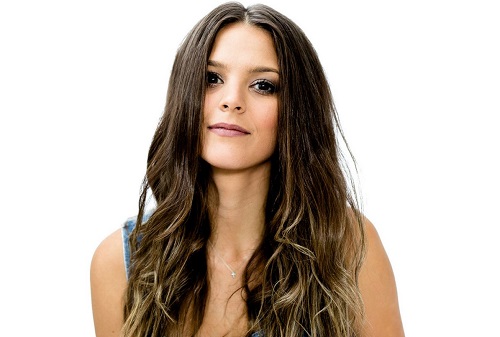 Masey McLain is an American actress known for her role as Rachel Joy Scott in the film I’m Not Ashamed in 2016. Likewise, she also appeared in the 2011 film Surrendered as well as in the 2016 film Christine.

The 5 feet 6 inches tall actress McLain is a married woman. She got married to her longtime boyfriend Caleb A. Stanley on 18th July 2019 in the presence of their family and friends.

Masey McLain was born on January 6, 1994, in the United States under the birth sign Capricorn. McLain belongs to American nationality and holds white ethnicity. She is the daughter of Marty McLain Sr. and Stephanie McLain. Further, Masey grew up along with her elder sister however her name is unknown.

Who Is Masey McLain Married To? Know About Her Relationship

The 25 years old Masey McLain is a married woman. She got married to her best friend Caleb A. Stanley, an actor, known for his performance in 1, Interface and Harrow (2018). The couple shared the wedding vows on 18th July 2019 in the presence of their family and friends. Further, Masey shared the picture of their wedding on her Instagram on 18th July 2019 and stated;

I married my best friend & it was the best day of my life. Still feels like a dream

Likewise, after their marriage, Masey and her husband Caleb went for the honeymoon and on 19th July 2019. The star shared the picture with her husband kissing each other and in the caption she stated;

I love this week so much.

As of now, the newly married couple is living a happy married life.

What Is Masey McLain’s Net Worth?

The young actress Masey McLain earns a handsome amount of money. Her net worth is estimated to be around $1 Million. Furthermore, Masey earns an average annual salary of around $19k – $171k. Masey played in 2016 biographical drama film I’m Not Ashamed which collected $2.1 Million on the box office. In the film, she played alongside Ben Davies, Sadie Robertson, etc.

Well this was a fun surprise to see today! Released this album in September having no idea if anyone would listen. I put my whole heart into this album, so from the bottom of my heart, thank you? #TotheDreamers @spotify

Likewise, McLain also featured in a 2016 American-British biographical drama film Christine which grossed $313,465 on the box office. In the film, she shared the screen along with Rebecca Hall, Michael C. Hall, Tracy Letts, Maria Dizzia others, etc. Her co-stars Rebecca, Michael, Tracy, and Maria’s net worth are $7 million, $25 million, $1 million and $1 Million respectively.

Masey McLain’s age is 25 years as of 2019. The beautiful actress stands at the tall height of 5 feet 6 inches and weighs around  55 kg. In addition, McLain has maintained a Banana body figure with the measurements of 34A-25-34 inches including chest, waist, and hips.