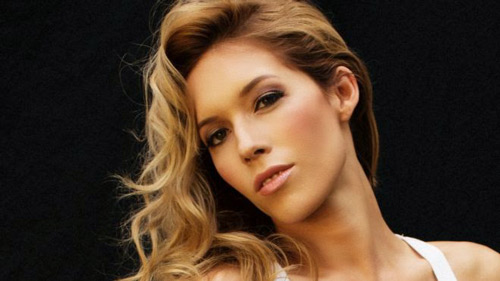 Alicia Vela-Bailey has been the most inspirational and diverse action actor in recent years. The actress has emerged from A list stunt double to an on-screen sensation. She gave her chilling performance as Diana in the smash hit Lights Out or her acrobatic, ass-kicking portrayal of Alisha Whitley on Marvel’s Agents of Shield.

Who is the husband of such a talented actress? How much is Alicia’s net worth? If you are one of her fans and want to know more about the Vela-Bailey, we suggest you read the whole article. Until then, stay tuned to us.

Who is Alicia Vela-Bailey? Her Bio & Wiki

Alicia Vela-Bailey was born on July 8, 1982, in Alameda County, California, USA. Although she was born in Alameda County, she grew up in Kailua, on the beautiful island of Oahu, Hawaii. Her mother, Cecelia, was a ballerina and an artist from North Carolina.

Similarly, her father, Carlos Armando, was a top magician from El Salvador. As both of her parents were artistic, Vela-Bailey took up gymnastics and dance at a very young age and quickly climbed the ranks of the Hawaiian Islands Twisters. There is information about Bailey’s educational background.

Alicia’s professional career began at 21 when she auditioned to double for Milla Jovovich in the film Ultraviolet. She spent four months in Hong Kong and two months in Shanghai doing stunts and martial arts for the film. Ultraviolet was not only her first movie experience but also her first time doing stunts and martial arts. Her first venture led her to earn two nominations for a Taurus World Stunt Award in 2007. Vela-Bailey has continued doubling Hollywood’s hottest stars, including Charlize Theron, Jennifer Lawrence, and Kate Beckinsale, to name a few.

Having the ability to act and do her stunts has quickly helped Vela-Bailey become a fan favorite over the last two seasons of Agents of Shield. The beautiful actress Alicia also finished Doubling Gal Gadot on Wonder Women and is collaborating again with David Sandberg and James Wan on Annabelle 2 as the evil Mrs. Mullins.

Alicia’s age is 39 years old. Vela-Bailey has a very sexy figure with a height of 5 feet 9 inches. In the same way, Alicia weighs 117 pounds as per some source. The star has a body measurement of 34-25-36 Inches of bust, waist, and hips, respectively. Vela-Bailey has blonde hair and blue eye color. Her beauty is future enhanced by the hint of freckles on her cheekbones.

Who is Alicia Vela-Bailey’s Husband?

The beautiful Alicia is a married woman. She is married to an American actor named Matt Mullins. Like his wife, Mullins is also an American stunts artist as he has won five-time martial arts world championships.

The actress timely shares a picture of her husband on social media sites with a loving caption. There is no denying that Alicia and Matt look impossibly cute together. The couple exchanged the vows in 2015, and ever since then, the duo has been inseparable as they have never been a part of any unnecessary rumors and controversies. Alicia doesn’t have a child from her marriage with her husband yet; they might be planning to start their family soon.

How much is Alicia Vela-Bailey’s Net Worth?

Per some sources, Alicia’s estimated net worth is $1.5 million. Her acting career solely aids Vela-Bailey’s net worth. Looking at Alicia’s Instagram feeds, we can say she is living a very lavish style with her husband. Although Vela-Bailey earns a huge amount of money, she hasn’t revealed any details about the house she owns and the cars she rides.