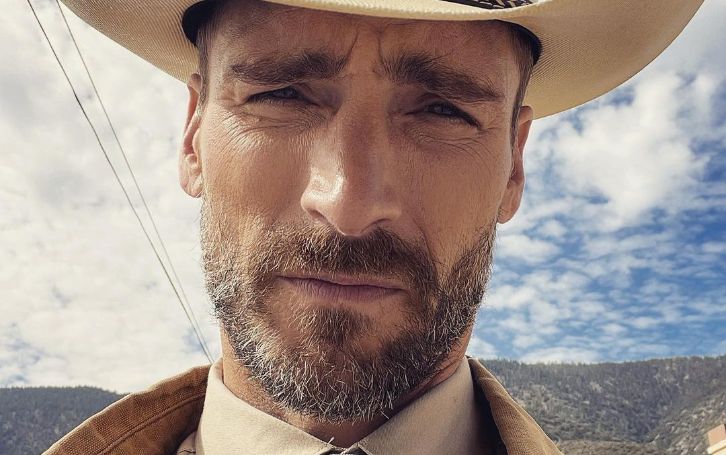 From appearing in Christmas movies to romantic comedies, Walker has covered it all. To add more, he seems unrealistic off-screen just as he is on screen, maybe even more. He has married his wife for almost eight years and shares two sons with her. To know more about Andrew Walker, read the article until the end. What might be Walker’s net worth? Find out.

Andrew Walker was born in Montreal, Quebec, Canada, as Andrew William Walker. His parents are Joyce Walker (mother) and Bruce Walker (father). Walker’s mother used to work as a librarian. Likewise, his father worked as a school administrator. Andrew Walker grew up with his sister Jenimay Walker. His sister, Jenimay, is an actress, model, painter, and aerial dancer. Walker is a family person and considers his family to be his priority.

Moreover, he has good bonding with his sibling. Walker graduated from Vanier College. There he played football and got a full scholarship at Boston College. Andrew Walker wanted to pursue a career in football. However, things did not go accordingly after he tore his anterior cruciate ligament. That put an end to his career in football.

Andrew Walker is a married man. He married Cassandra Troy, a fellow Montrealer, on 8 June 2012. The couple was first introduced to each other by a mutual friend; they started dating soon after. The couple is not shy to show their love to the world on social media. Andrew and Cassandra constantly post pictures of each other with lovable captions.

After the wedding, Cassandra took Andrew’s surname. Furthermore, the couple welcomed their first child, a son West Byron Walker on 15 July 2015. Similarly, their second son, Wolf Reinhard Walker, was born in December 2019. The couple lives happily married and enjoys many family vacations throughout the year.

Moreover, Andrew and Cassandra are more than just a married couple; they are business partners too. In 2013, the couple and a friend started a company called Clover. Their company sells bottles of fresh, cold-pressed juices around the Los Angeles area. However, they re-branded their company’s name to Little West because of their love for the west coast and their firstborn son, West.

How much is Walker’s Net Worth?

Moving on, the 40-year-old actor has appeared in numerous tv series. He appeared as Blaire Resnickie in the series Radio Active. He also starred as Cole Harper in the series Sabrina, the Teenage Witch. Likewise, he must earn around $500,000-$700,000 from his juice company in a year.

The dashing actor is seen enjoying his lavish life with his family. He seems to spend most of his income on his family as they are usually seen enjoying vacations, traveling and doing a lot of family activities together.

Talking about his family time, he recently celebrated his elder son’s seventh birthday only some time ago. Not long after, they went on a boat ride to see the beautiful fireworks together.

It seems he is not only fabulous in his profession but also a wonderful father and a great husband who balances his work and personal life well.

He often shares his little adventures with his family through his Instagram handle, which his fans seem to enjoy a lot.