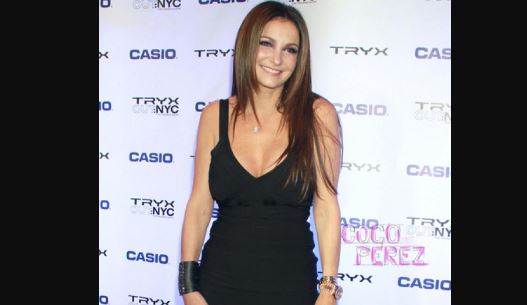 You might have played card games with your friends or family. However, have you ever heard of a professional poker player? If not, then you must read about Beth Shak not only gathered fame as an American professional poker player but also owns a clothing business for around 10 years. Some of her appearances include in the World Series of Poker, Playboy’s Poker, Good Morning America, The Today Show, and many others.

The 50 years old, Beth married twice in her life and taking care of her three children as a single mother. Also, she has collected a huge fortune from her career as she is estimated to have a net worth of $10 Million as per the Celebrity Net Worth.

Let’s find out in detail about her private and professional life. Stay tuned.

Beth Shak grew up under her American parents. When she was in her childhood, she first tried to play poker using Full Tilt Poker. She never wanted to become famous only among woman but she decided to be the best in the poker games. In the year 2007, she continued as a Red Pro for Full Tilt Poker.

Leading her career as one of the best poker players, Shak also appeared in 3 World Series of Poker. During her 2nd live tournament, she ranked 8th in the 2005 World Series of Poker. Following, she went to the European Poker Tour (EPT) and played until the last day listed on the 30th position out of over 500 players.

On one side, Beth Shak collected a hefty amount of money as an American professional poker player. On another side, Beth is the founder of the Deal Me In For Jed Poker Event that focuses on emotional health and prevents suicide mainly among the students.

Also, Shak has raised money for several charities and also supports the Make-A-Wish-Foundation. It would not surprise you all that she has her own Beth Shak Charitable Foundation that supports other community organizations in order to give the people healthy life.

Beth Shak was married two times in her life. At the very first, she tied the wedding knot with her ex-husband, Dan Shak, an American semi-professional poker player. The couple divorced in the year 2009 without disclosing the exact reason for their separation.

After the divorce with Dan, Shak decided to choose her partner according to her desire. She then made her appearance in the reality TV show, Millionaire Matchmaker in search of a perfect guy to be her life partner.

Later, she found her love with the famous American reporter, Rick Leventhal. The couple dated for a short period and exchanged their wedding vows on 9 June 2016 in Las Vegas. After spending nine months of marriage relationship together, the couple filed for divorce due to some “irreconcilable differences”.

From her marriages, Beth has three children. They are Austin, born in the year 1995, Lindy, born in 1997 and a son, Cary. Currently, she is spending a happy life with her children in New York City, the United States.

The American professional poker player, Beth Shak also collected a huge amount of money from her TV career. As per the Celebrity Net Worth, her capital is $10 Million as of 2019.

During her career as a poker player in 2009, she won up to $450 Thousand. She also runs her Beth Shak Charitable Foundation that focuses on community services.

Beth Shak loves to collect shoes for a long time that also highlighted her on the media. She has around 1,200 pairs of shoes out of which 700 pairs are designed by Christian Louboutin.

The total value of her shoes is around $1 Million. Her shoe collection interest also led her to feature in the documentary titled God Save My Shoes alongside Fergie and Kelly Rowland.

The 50 years old, Beth Shak has opened her own clothing line that surely helps her to add more money on her capital. She has been collecting handbags since the age of 16.  With no doubt, she is making money from different ideas and fields. At present, she is spending a rich life with her family and children.