Are you news enthusiastic? If you’re one then, you might be familiar with American television journalist, producer and news anchor Bill Kurtis. Kurtis hosted a number of A&E crime and news shows like Investigative Reports, American Justice and Cold Case Files.

The graduate of the University of Kansas was married twice in his life. Kurtis had a son and a daughter with his late wife Helen Kurtis.  What’s his current relationship status? How much does he earn? To know all the details about Bill, read the whole article.

Bill Kurtis was born as William Horton Kuretich on September 21, 1940, in the United States. He is a son of Wilma Mary Horton and William A. Kuretich. His father’s military works included extensive travel for family. The family settled in Independence, Kansas upon his retirement.  Similarly, Kurtis grew up along with his sister Jean Schodorf who is former Kansas state Senate Majority Whip.

In 1958, he graduated from Independence High School and earned a Bachelor of Science degree in journalism in 1962 from the University of Kansas. In 1966, he received a Juris Doctor degree from Washburn University School of Law.

Bill Kurtis started working as an announcer for KIND, a radio station in Independence at the age of 16.  Also, he served part-time at WIBW-TV in Topeka, Kansas while in law school. Kurtis’ television career begins after he started working or WBBM-TV in Chicago. He joined Diane Sawyer on The CBS Morning News in 1982.

Later in 1985, he rejoined WBBM-TV. He hosted a four-part science series on PBS, The Miracle Planet as well as a four-part series in 1987 on the CIA. Additionally, Bill narrated the 2010 documentary film Carbon Nation by Peter Byck. He was named Voice of Illinois Tourism on July 8, 2013.

Moving onto Bill’s personal life, he is a married man. He is married to Donna La Pietra, the former Chicago TV news producer. The couple dated more than four decades before they tied the knot. Donna and Kurtis exchanged their wedding vows on December 8, 2017, in a private ceromany hall. His wife, La Pietra is a partner with Bill in his Kurtis Productions company.

Upon his relationship with Donna, Kurtis was previously married to Helen Marie Scott. The couple tied the knot in 1963. Sadly, their relationship came to an end after Helen died on 11 June 1977 due to breast cancer. Together the couple had a son Scott Kurtis, who also died at the age of 38 at the Kansas cattle ranch of his father. In addition, Bill and Helen also has a daughter Mary Kristin.

The 79 years old Kurtis has earned an excellent amount from his long term profession as Journalist. He has a net worth of $15 million as of 2020. He earned this hefty amount from his works as a producer, narrator, and news anchor. In addition, he won two Peabody Awards and multiple Emmy Awards for his work.

Also, the Pensacola native has written numerous books and founded an organic beef company. Evaluating all of his works, there is no doubt that Kurtis’s net worth is increasing. He owns a home in the Lincoln Park neighborhood of Chicago and in Mettawa, Illinois. No wonder, the American Justice host is living a rich and lavish lifestyle. 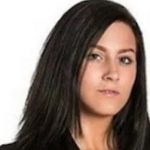 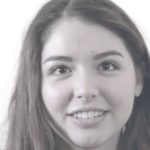