Bobbie Eakes aka Bobbie Diane Eakes is an American actress as well as a singer. She is known for her role on the television soap opera The Bold and the Beautiful. Moreover, Eakes is also popular for her role in All My Children for which she was nominated for two Daytime Emmy Awards.

The 58 years old actress Bobbie is a married woman. She is the wife of David Steen, an American actor, and writer. Does the husband and wife share children from their marital relaitonship?

Who Is Bobbie Eakes? Bio

Bobbie Eakes was born on July 25, 1961, in Warner Robins, GA under the birth sign Leo. Eakes was born to an Air Force family as the youngest among five daughters of Audrey Eakes and Bob Eakes. Further, she was raised by her parents along with his four sisters Susan, Sharon, Shelly, and Sandra.

As per Bobbi’s nationality, she is American and belongs to white ethnic background. She attended may school including C.B. Watson Elementary, Rumble Jr. High School, and then Warner Robins High School. Later the actress graduated from the University of Georgia.

Who Is Bobbie Eakes’ Husband? Know About Her Relationship

The two-time Daytime Emmy Awards nominee, Bobbi Eakes is a married woman. She got married to her partner David Steen who is an American actor and writer. The couple shared the wedding vows after dating for several years on July 25, 1992, in the private ceremony.

Since their wedding, the husband and wife are living happily. Though the couple is together for more than two decades, they do not have any children.

In addition, Eakes is a pet lover and owns a dog named Ollie. She frequently shares the picture of her dog on her social account.

What Is Bobbie Eakes’ Net Worth?

Moreover, Eakes played in the TV series All My Children along with Daniel Cosgrove, Lindsay Hartley whose net worth is $3 Million and $2 Million respectively. In addition, Bobbie is also a singer and probably earns a salary of around $18.09 per hour.

Likewise, Eakes owns a dog of Cavalier King Charles Spaniel breed. The price of the baby dog is around  $1,800 to $3,500. Besides this, she is a travel freak and often visits different places with her family and friends. 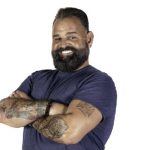 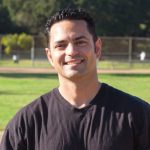