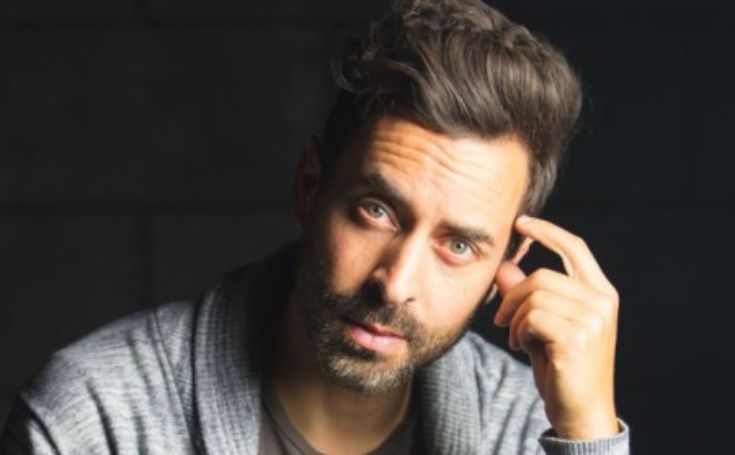 Born on February 12, 1978, 43 years old Brian Chase is an American stage, theatre, film, and television actor who has appeared in numerous commercials and voice-overs. Further, he is best known for his appearance in the 2005 film Haunt.

Since the age of seven, Brian started performing professionally on stage and offered full scholarships for acting. And, the actor attended NYU’s prestigious Tisch School of the Arts.

After graduating from NYU, Chase moved to Los Angeles to pursue his acting career. Moreover, he has portrayed in plays from Shakespeare and Chekov to Neil Simon.

Handsome hunk didn’t have an enjoyable personal life despite having a worthwhile career. Let’s dig into this article and know what happened with his love story.

The stage actor, Brian, was previously married to meteorologist and reporter Liberte Chan.

Furthermore, they dated for a long time before tying their wedding knot in 2012 in a lovely wedding ceremony held at Greystone Mansion’s Garden in Beverly Hills.

Talking more about their wedding, the bride wore a classic Monique Lhuiller gown and Christian Louboutins and a custom embroidered veil.

Liberte’s beauty was further graced by an imperial jade necklace, which her grandmother presented. Also, the groom looked dashing in a black wedding suit.

The newlywedded couple went to Paris for their honeymoon and hosted their post-nuptial in Los Angeles.

During the early years of their marriage, the ex-couple Brian and Liberte looked quite happy with their married life. Everything was going immaculate until they announced their separation just two years after the marriage.

The twosome never revealed the exact reason behind their separation. Reportedly, they had some ups and downs maintaining their respective professional careers.

In 2016, when a fan asked if she was ready to be a mother, Liberte responded that she was already divorced.

After separating from Brian, Chan began dating personal trainer Brett Hoebel. On the other side, Chase has completely zipped about his relationships and affairs.

It is still unknown whether Chase is single or not is extremely difficult to tell because he prefers to keep his personal life far away from the limelight.

In addition to this, he doesn’t use any social media; therefore, his daily update is a matter of gossip. Presently, he doesn’t have a girlfriend.

The film actor has been fairly passive in his profession over the past few years. And, he might concentrate on expanding his broadway career. At the moment, he is probably living a single life.

The skillful personality, Chase, who began his acting career at the age of seven, has a net worth of $500,000. Further, his income came from acting in television shows and garnered a desirable income from appearances in commercials and voice-overs.

In America, the average salary for a performing actor is around $46,238; however, broadway actors earn more than millions.

On the other side, his ex-wife Chan has a net worth of $3 Million while making an annual salary of over $53,671.

Follow AllStarBio, For More Interesting Biographies On Your Favourite Celebrities.