Skip to content
May 12, 2021,
By Subheksha Shrestha
Reality TV star 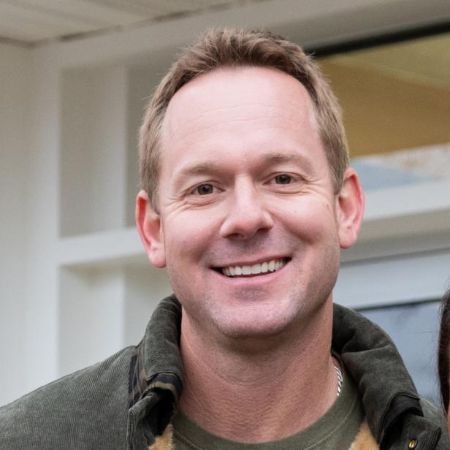 Moreover, he turned out on ‘The Amazing Race’ season 15 with his then-wife, Ericka Dunlap. Also, he is a gym owner of Anytime Fitness gym and a former Shark Tank entrepreneur. Please read the article to learn more interesting facts about his personal and professional life.

The American TV personality was born on April 30, 1982, in Riverview, Florida, United States. Likewise, he belongs to an American nationality. His mother is Ellen Kleinschmidt, a retired music teacher nominated as Hillsborough County Teacher of the Year in 2005. In contrast, his father is a janitor, but his name is still under review. He grew up with his brother; his name is unknown.

He completed his study at Riverview High Schoo. He studied at the University of Central Florida, where he learned radio and television programming and post-graduate in sports entertainment marketing.

Brian married twice in his life.

Thirty-nine years old, former shark tanker has been in a marital relationship with his current wife, Mika McGee Kleinschmidt, since October 2015. They met in Riverview High School for the first time, and after high school, the duo went different ways but reconnected in 2011.

Then in 2013, he proposed to her, and after spending two years of quality time with each other, the lovely couple tied the knot.

Previously, he married Ericka Dunlap, a beauty pageant named Miss Florida, in 2007, becoming the first African American woman to hold this title. They completed the Amazing Race season 15 as a couple, from which they crowned Ericka Miss America in 2004.

Nevertheless, in 2011 they divorced after years of marriage because of some personal problems. In 2002, they met at a leadership seminar at the University of Central Florida for the first time.

Brian and his wife adopted one daughter named Jade. Unlike information regarding his daughter’s age and date of birth is a mystery on the internet. Even though she is not his biological child, Rock the Block star loves her with all his heart.

Professional Career and Net Worth

The famous American reality television personality is the owner of Anytime Fitness Gym, which he opened in 2011. Also, he purchased a gym in Boca Raton but sold it after eighteen months.

In 2015, he took part in the Doritos Super Bowl commercial, where he earned around $25 thousand for an amateur production. At the same time, he emerged on Shark Tank.

In the show, he pursues an investment of around $50 thousand for his 15% company, Ex-Pee-Z. Kleinschmidt hosts 100 Day Dream Home on Hand with his wife, Mika.

6 ft tall, Brian has earned a hefty amount of money from his extensive career as a real estate developer and entrepreneur, among other investments. As per the source, he is a multi-millionaire and has a net worth of $2 million.

In contrast, his wife has estimated to have a net worth of $1,000,000. He enjoys his blissful life with his family in Riverview, Florida, the United States, with such an amount. Gregory Kasyan and Carmine Gotti are some of the popular TV personalities.