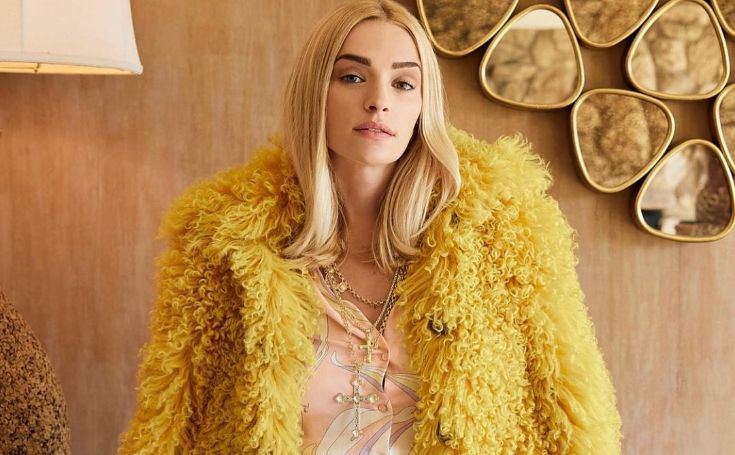 The actress made her acting debut in 2008, portraying Jess Ramsey in the short film Suckerpunch. And after these, she continued giving her best in this field.

Furthermore, she got one of her first major roles as Scarlet in the Comedy Central comedy I Lived with Models in 2015. To gather more detailed information about this gorgeous actress, stay tuned with us and read the whole article until the end.

The TV personality Brianne was born Brianne Nicole Howey on May 24, 1989, in Los Angeles, California, under the Gemini sun sign.

As per nationality, she is American and comes from a White family.

Likewise, the Criminal Minds actress’s other family members, including four younger siblings, grew up in Los Angeles. Also, she attended a Catholic high school where she studied.

Further, she enrolled at the New York University Tisch School of the Arts to study acting after finishing high school and graduated with her degree in theatre.

The gorgeous lady Howey made her professional acting debut in 2008 as Jess Ramsey in the short film Suckerpunch.

The actress appeared in many more short films, including The Great Belle and Bill Slater (2010).

Moreover, in 2010, she made her television debut as Stacey in “90210” and later appeared in many television shows, including Baby Daddy, The Middle, Revenge, Twisted Tales, Red Scare, Criminal Minds, and Hart of Dixie.

Besides, Brianne won the part of Kat Rance in the television series The Exorcist in 2016. Also, she played Shauna Babcock in the suspense TV program The Passage in 2019, plus was cast in the romantic comedy movie Plus One in the same year.

Recently, she performed a lead role of Georgia Miller in the comedy-drama TV program Ginny & Georgia and co-starred with Antonia Gentry, who portrayed Ginny.

The 32 years old Suckerpunch star is a married woman. Howey tied her wedding knot with her long-term lover, Matt Ziering, a Regulatory Advisor located in California.

Similarly, the duo met for the first time at a pub in 2015 via common acquaintances.

After dating for four years, they accepted each other as a husband and wife on June 24, 2021, in an intimate wedding ceremony and posted their wedding photo on her Instagram page as well.

Later on, after a few months since their marriages, the pair have been enjoying their new relationship, so far, there is no news of having kids yet.

Possibly in the upcoming days, they will think about it. But for now, she seems happy with her hubby and often uploads photos with her partner on her social media accounts.

The Ginny & Georgia star accumulated a decent fortune and lived a modest living, thanks to her successful professional career as an actress.

Brianne has gone a long way since she began her career with minor parts in short films. But, she hasn’t disclosed her net worth, salary, and other assets publicly.

As per some tabloids, she must have amassed good money because of her television and film acts, which are believed to be worth about $1 Million.

Not only acting but also the star adds some of the money to her net worth through endorsements and ad campaigns. Not to mention, her assets will rise in the future as she is still active in her profession.