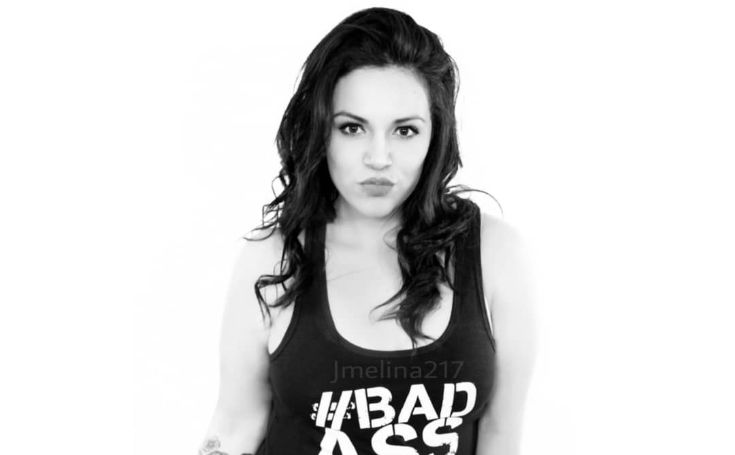 Jacquelin Melina Marin, aka Jacque Campos, is a prominent American actress who rose to fame for her appearances in television shows, such as I Love Jenni (2011), The Riveras (2016), and Chiquis’ n Control (2017).

Unfortunately, after her beloved mom’s death, she moved closer to the entertainment industry and starred in various reality television series. Stay Tuned with us to know the reason behind her mom’s death and gather all the information about Campos’s life.

An American TV personality, Jacqie Campos, was born Jacquelin Melina Marin on November 20, 1989, in Long Beach, California, to her mother Jenni Rivera and her father, José Trinidad Marn. Likewise, she is the granddaughter of Rosa Rivera and Pedro Rivera.

Similarly, Campos is a younger sister of Chiquis Rivera, an elder sister of Michael Marin, and an older half-sister of Jenicka and Johnny Lopez.

Further, she is of American nationality and follows the Christianity religion. Her zodiac sign is Scorpio.

She seems to be a competent and educated person based on her educational history; she completes her secondary courses at a nearby high school and frequent social media sites such as Twitter and Instagram.

The skilled actress began her career with small roles later; she made her debut in the film Chiquis’ n Control, which aired in 2012, followed by another Television Series, I Love Jenni, which appeared from 2011 to 2013.

Since then, she has never been turned back and featured in over five television shows to date.

In February 2018, Jacqie Campos came out in the media with a completely changed body as she talked about her weight loss journey.

The actress stated she lost around 70 pounds and felt amazing how she now looked.

The Chiquis’ n Control actress also assumed that her kids motivated her to shed weight.

Then, she started her intensive workout and other various exercises in October 2016, including nutritious and balanced food in her daily diet.

Bold and Beautiful, Jacqie has been a married woman. Further, she tied her wedding knot with Michael Campos (Mike).

On November 10, the beautiful couple exchanged their vows. After some while, there were some speculations in the media about their divorce.

They did, despite reuniting after a period of separation. After that, they decided to turn their relationship into marriage as a husband and wife. And, they married in the year 2012.

Besides, The I Love Jenni star has 4 kids: the first baby is a daughter, Jaylah Yanez, born on November 18, 2009, from her relationship with her former boyfriend, Danny Yanez, whom she dated for a few years.

Currently, the pair resides in the USA with their lovely kids.

How Rich Is Jacqie Campos?

The 33 years old Campos has acquired considerable wealth as a consequence of her successful profession.

According to some sources, she has an expected net worth of around $1.5 million as of 2021. Also, the actress is labeled as the Richest Family Member, and her profits include all of her property, assets, and money.

The pretty star is happy with the money she receives from her work and is now enjoying a lavish life with her family as a result of her money.

Surly, the hard-working actress’s net worth and yearly income will almost likely rise in the following days.

How wealthy was Her Mother Jenni Rivera Before Her Death?

Not to mention, Jenni Rivera was a millionaire and had accumulated extraordinary fortune throughout her long multi-professional career.

As per the celebrity’s net worth, she had an estimated net worth of $25 million at the time of her death.

And Jenni used to collect this decent sum of money from her successful career as an American singer, philanthropist, songwriter, actress, television producer, spokesperson and entrepreneur.

Reason’s Behind The Death of Jacque’s Mom Jenni Rivera

Most of her fans and followers eagerly wait to know the main cause or reason behind her mom’s death. If you are also one of them, then continue reading the entire article until the end.

Well! On December 09, 2012, Camposs’s mother, Jenni Rivera, died in an air accident in the early hours.

At that time, Jenni was traveling with six other passengers who crashed near Monterrey, Mexico. It was a very tragic moment for all her family members, friends, and fans.

After that accident, her body was brought for postmortem and was buried at All Souls Cemetery in Long Beach, California, on December 31, 2012.

Additionally, her departure made international headlines for weeks, and the main reason behind that crash was the loss of control of the airline for unknown reasons.

From an investigation, we got to know that Jacque’s father, Jose, sexually abused her and her aunt Rosie. For this, her dad was convicted of rape and sexual assault; as a result, Marn was sentenced to over 30 years in prison.

Surprisingly, Campos made controversy when she posted a picture of herself alongside her rapist father on her Instagram handle.

This makes all her fans and well-wishers very shocked.