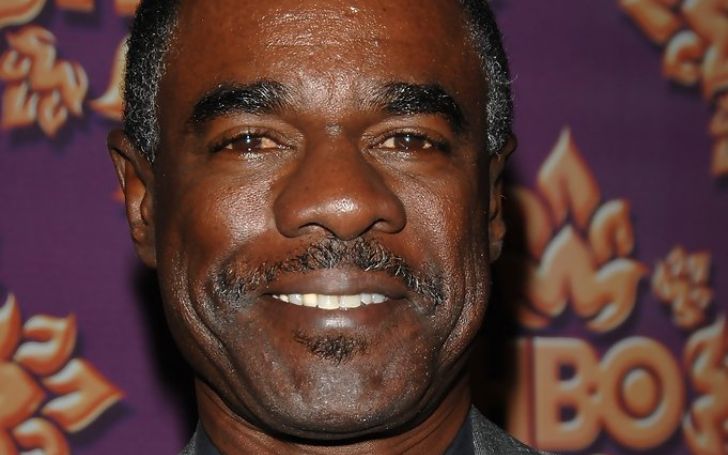 Who isn’t familiar with this legend, Glynn Turman? He is one of the prominent celebrities who has captivated public eyes since childhood. As a child, he appeared in the original 1959 production of Lorraine Hansberry’s A Raisin in the Sun on Broadway.

Besides being an actor, he is a massively talented Director, Producer and Writer. Precisely, Glynn Turman has been in Hollywood for more than six-decade. However, he shows no signs of halting.

Further, grab details on his Wife, Children and Networth!

What is Glynn Turman’s Marital Status? Know His Wife.

The much-loved Hollywood actor Glynn Turman is a married man as of 2021. In reality, He has been married thrice!

First, Glyn married a beautiful woman, Ula M.Walker. Very little is known about his first wife. However, they were married from 1965 until 1971. Together, the pair has three children.

Following the divorce from his first wife in 1971, Glyn married singer, Aretha Franklin. The lovely pair got married on April 11, 1978, at her father’s church.

They didn’t share any children. Unfortunately, Glyn and Aretha Franklin split in 1982 and divorced in 1984.

Sadly, Aretha Franklin passed away at 76 on August 16, 2018. She died at home because of a malignant pancreatic neuroendocrine tumor (pNET). Although being divorced, Glyn visited Aretha on her deathbed.

Turman’s third wife is Jo-Ann Allen. She is the Vice President of Entertainment Industry Partnerships and Real Estate Broker. Glynn Turman and Jo Ann Allen tied the knot on February 14, 1992. The lovely couple has been together ever since and shares a daughter.

Talking about Turman’s children, His first wife and him had a daughter, Stephanie Turman. She is the president of Pittsburg, always based busy consulting that works to help companies hire more women and minorities for construction jobs and contracts.

Also, she worked as a principal liaison for the Housing Authority of the City of Pittsburgh.

Turman’s youngest daughter is Delena. She was born to his third wife, Jo-Ann Allen, on October 14, 1987. Like her father, Glynn Turman, Delena is present in the film industry. Therefore, she is an actress and a producer.

Moreover, Delena is best known for her works on Breaking In, The Planters and Gang Girl-A Mother’s Journey to Save Her. She is the associate producer of First Take.

In addition, Delena was a part of a rotation that produced The College Football Show. Also, she joined ESPN in March 2014 as lead debate producer.

Losing a child is a traumatic event for parents. Turman lost his eldest son Glynn Turman Jr in 1986. His son was stabbed to death, and a friend was wounded during an argument with a group of youths.

Turman Jr was just 21 years old. The fight broke out on Sunday evening in the parking lot of the Lobster Restaurant, and He was stabbed several times during a fight. The murderer suspect was identified as Henry Montgomery of Los Angeles. He was 19 years old and was arrested.

To clarify, Witnesses said investigators that fight broke out after Turman seemingly made slurs to a girl walking with Montgomery. After that, Montgomery began arguing with Turman and challenged Turman to a fistfight. As soon as the brawl began, Turman was stabbed with a knife.

Montgomery and his friends ran off after the stabbing. However, investigators could track down a few witnesses who knew Montgomery.

Glynn’s son was taken to Santa Monica Hospital. Sadly, he died at 8:15 pm in the hospital. His friend Todd Daniels of New York was treated for superficial stab wounds and released.

Celebrity Glynn was born on January 31, 1947, in New York. He attended High School of Performing Arts, graduating in 1965.

Talking about Turman’s socials, the 74-year-old is active only on Twitter as @GylnnTurman and has massive followers of 11.7k.

How Rich Is Glynn Turman? Know His Networth.

The award-winning actor has had successful accomplishments in his career in the entertainment industry. He amasses a whooping networth of $1.5 Million. The primary source of his hefty networth is from his acting, directing and producing.

Glynn first stepped into the acting field when he was 12. His first prominent role was a Travis Younger in a classic play, A Raisin in the sun.

Further, he began his professional on-camera career in the late ’60s. Glynn started with co-starring, guest-starring, and recurring roles in films and shows as Peyton Place, Daktari, Julia, Insight, Room 22 and Hawai Five-O.

The actor has appeared in 24 films and 80+ Tv series to date. He is widely famous for his work in The Defenders, Houses of Lies, A different world, The wire, In Treatment and more.

Additionally, Turman has won many acclaims and directed multiple shows such as The parenthood, A different World, The Wayans Bros and more.

After all, The 74-year-old beloved Glynn Turman lives a lavish life!