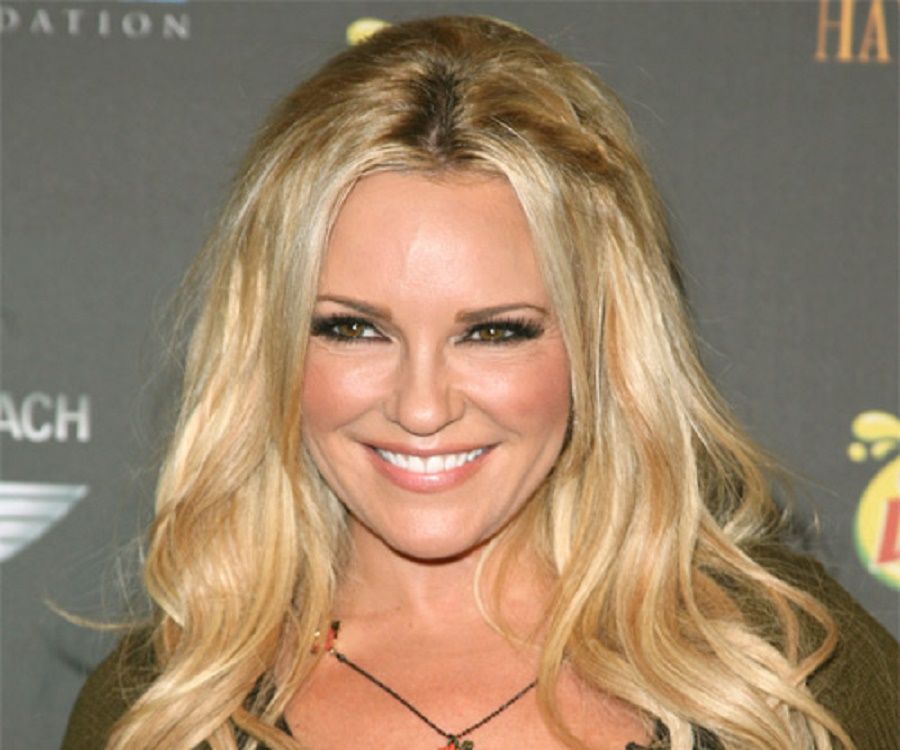 Famed as the former girlfriend of Playboy magazine publisher Hugh Hefner, Bridget Marquardt is an American actress, model, and television personality. Bridget is credited for films like Scary Movie 4, The Girls Next Door, and Celebrity Ghost Stories.

The 45-year-old model is currently living together with her partner Nicholas Carpenter. She does not have any kids, but there were false reports about her pregnancy.

Who is Bridget Marquardt? Her Bio and Age

The 45-year-old model was born Bridget Christina Sandmeier on September 25, 1973, in Tillamook, Oregon, USA. Bridget grew up in California after the family moved from Oregon after her birth. The actress and her brother Edward stayed with their stepfather, and their mom after Bridget’s biological father and mother separated.

Anastasia joined the family as Bridget’s sister is the daughter of Bridget’s stepfather. Marquardt went to Lodi High School and completed her schooling education. This beauty queen is also brilliant, as we can tell from her higher studies programs.

Bridget joined San Joaquin Delta College and then to California State University to graduate with a degree in B.A. Communications. Her educational journey did not just stop there as Bridget studied Communications at Masters’s level at the University of the Pacific.

The secret to a perfect body for Bridget is a regular fitness routine. The former Playboy model grabs the attention of every man around the globe with her curvy figure. Let’s find out more about her body measurements.

The model started her career in 1998 at the age of 25. Her first shoot was with Playboy magazine, and she later worked for other small modeling jobs. After some time, Bridget got an invitation to be one of Hugh Hefner’s girlfriends in the Playboy Mansion. Later, Marquardt appeared in the show The Girls Next Door along with her Playboy mates Holly Madison and Kendra Wilkinson.

Furthermore, Bridget appeared in shows like Curb Your Enthusiasm, The House Bunny, Celebrity Paranormal Project, and Last Comic Standing. In addition to that, Bridget featured in the Nickelback song Rockstar and hosted her shows. Marquardt ended her role in The Girl Next Door in 2009.

Recently, Bridget has been working to contribute to Yahoo’s Animal Nation series.

Who is Bridget Marquardt Married to?

Bridget married at a young age before starting her career in 1997. But because of her dreams to movL.A.to LA and Pursue modeling, she separated from her husband.

The identity of her former spouse is Chad Marquardt, and her husband supported her dreams. But the relationship ended officially in 2008.

Later, after living in Playboy Mansion, Bridget Marquardt got into a relationship with Playboy Publisher Hugh Hefner from 2002-to 2009.

But the affair did not last long, and Bridget stated her single relationship status in 2009. Soon after that, Bridget found love with Nicholas Carpenter and started dating him. Nicholas is the son of astronaut Scott Carpenter.

After dating for six years, Bridget and Nick got engaged in 2015, but the couple is not married yet. The couple is living together in Sherman Oaks.

Briget Marquardt Net Worth in 2019; What are the Sources of her Earnings?

Bridget’s net worth in 2019 is estimated to be $4 million, and she earned most of her fortune through her modeling and acting career. From her movies, Bridget earned about $50,000 annually on average. Besides that, her primary source of income came from modeling in Playboy magazine.

Bridget was Playmate of the month in the Playboy Magazine, for which she earned around $30,000 for a single photoshoot. She ended her Playboy career in 2009 and started hosting TV shows for which she might’ve made a good fortune of moneyT.V.Marquardt flaunts her gorgeous body along with her expensive purse and heels.

Furthermore, her fiance Nicholas Carpenter is a film director who has a wealth of $1.2 million. The couple lives in Sherman Oaks, where the house price ranges from $600,000 to $7 million. Bridget is seen enjoying her luxurious lifestyle in most of her Instagram posts by traveling to different exotic locations and partying with her friends.

Marquardt likes to shop for expensive heels and clothes along with her friends. She is still busy with her photoshoot and travels to many beaches for her Bikini Shoots.