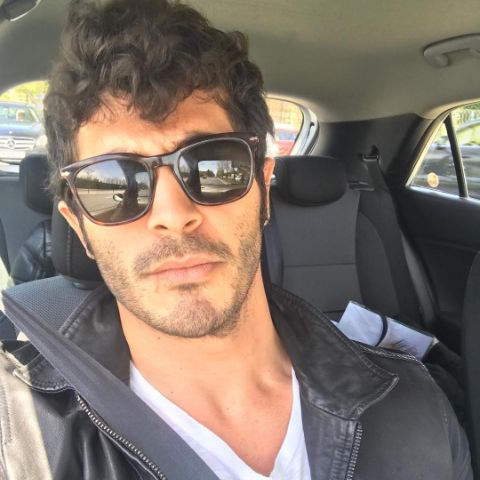 Burak Deniz is one of the most famous on-screen Turkish actors and models. He is a well-known actor who rose to prominence after starring as Murat Sarsilmaz in the Show TV network’s romantic comedy-drama Ask Laftan Anlamaz. And the series has aired in over 30 countries worldwide and gained millions of YouTube views.

Similarly, he rose to prominence after his recurring role as based in one of the hit Turkish drama series, Bizim Hikaye in Hindi, dubbed Hamari Kahani, opposite gorgeous actress Hazel Kaya. Further, this show is based on the original British show Shameless, and the first episode came out in September 2017. Please scroll down to get all the details regarding this talented and dashing hunk in the section below.

Famous television personality Burak Deniz was born on February 17, 1991, in Istanbul, Turkey, under the zodiac sign of Aquarius, which makes him 31 years old as of 2022. Likewise, Deniz is Turkish by nationality and belongs to white ethnic background.

Sadly, the actor prefers to have lowkey in the case of his family and relatives; his parents must be well supportive and caring because they have supported and cheered him to fulfill his dream. But, it is known that his parents were separated when the guy was extremely young. Additionally, Deniz studied at Canakkale Onsekiz Mart University; however, we still didn’t know in what subject he majored.

What Is The Relationship Status Of Burak Deniz?

Putting some highlights into his love life, 6 ft 1 inch tall, Burak Deniz has gathered lots of fame and popularity over the years. But unfortunately, the stunning actor has barred his personal life from public or media attention. So, Isn’t it evident that his fan’s followers and well-wishers want to know about his current relationship and romantic life?

Well! the television star Burak is officially off the market. The star was in a love relationship with Turkish actress Didem Soydan. He posted the first selfie with his model partner Didem announcing their official relationship on October 19, 2020. Moreover, he made his relationship on his Instagram official by uploading several pictures of each other on their Instagram handles.

During this time, the lovebird began spending much time together, and romance bloomed in the same year. Unfortunately, they ended their relationship after dating for years. As per sources, the reason for their separation is Didem was jealous of Burak’s close connection with actress Alina Boz. After their certain breakup now, they are together in a relationship as in 2022.

Previously, some sources say that he was also in a relationship with Turkish actor Busra Develi. But both of them haven’t talked much about their relationship in public. He has kept himself highly safe from the media chomps and gossip.

Net Worth Of Burak Deniz

Millions of fans and supporters love Burak Deniz because of his incredible performances in TV shows, stage shows, modeling, theater plays, photoshoots, and drama series. Regarding money, his net worth is very comforting with his wealth and financial status. But he hasn’t revealed his exact net worth to the general public. However, Burak has an estimated net worth of $3 million as of 2022.

In 2017, he also won the Best television award from Adnan Menderes University and the Rising Player of the Year award from GQ Men of the Year.

Burak Deniz started his career with the drama series Kolej Günlüğü in 2011. In the same way, Deniz appeared in the 2012 television series Sultan as a Tarik. Later, he got the role of Murat Sarsilmaz in the television drama series Aşk Laftan Anlamaz which gave him a lot of appreciation from the public audience.

Similarly, he also appeared in the series Bizim Hikaye in the role of Barış Aktan in 2017. Further, he was just 17 when got was found by the well-known casting director Gokce Doruk Erten. His other notable credits in television series are Bizim Hikaye, Yarım Kalan Aşklar, Maraşlı, The Ignorant Angels, and others.

Arada (2018) and Don’t Leave (2022) are his other Net Flix movie credits. In 2017, Adnan Menderes University awarded the stunning actor as the best television actor-performer. Besides that, the professional career of Dutch actor Maarten Heijmans.

Burak Deniz stands at the height of 6 feet 1 inch (1.85 m) with a weight of around 76 kg (167 lbs). Furthermore, he has Dark Brown eyes, and her hair color is black. Furthermore, his body measurement is mysterious to the public.