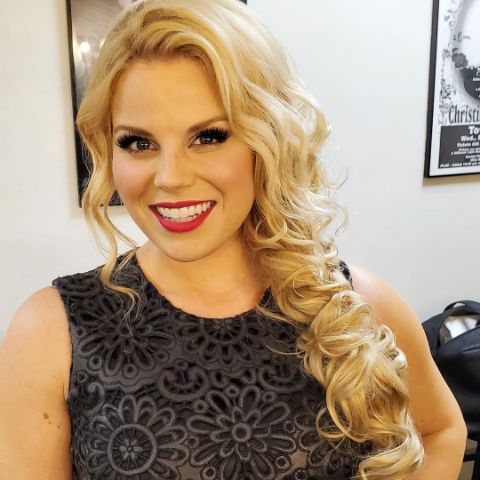 Megan Hilty is a well-known American theatre artist, actress, and singer mainly known for her various roles in different movies and TV shows. Moreover, she rose in fame for the television role Doralee Rhodes in the film 9 to 5: The Musical.

The actress and singer were also nominated for her performance as Brooke Ashton in the movie Noises Off. And due to her hard work and efforts, she has earned good fortune. This article will discuss her personal life, career, movies, and TV shows.

Megan Hilty was born on March 29, 1981, in Bellevue, Washington State, the United States, to parents Donna Hilty and Jack Hilty; her full name is Megan Kathleen Hilty. As we know, she has American nationality.  As for the 9 to 5 star’s religion, she is a devout Mormon. Currently, her age is 41.

At the age of 12, she started taking vocal lessons because she was interested in opera. Talking about her education, she studied at Sammamish High School, and after some time, she transferred to Washington Academy of Performing Arts Conservatory High School.

Furthermore, she has been greatly interested in acting and singing since she was young. Later, she enrolled and graduated from Carnegie Mellon University’s School of Drama. During his time in the theatre, she was also an active Actors’ Equity Association member. After graduating her college, she started her work in musical theatre; she received an award from the National Society of Arts and Letters.

What Is The Relationship Status Of Actress Megan Hilty? Is She Married or Not?

Megan Hilty is a happily married woman and is married to Brian Gallagher. Moreover, Brian is also a well-known American actor and producer. After dating for a while, the pair got married on November 2, 2013, in Las Vegas, Nevada.

The American actress seems to be happy in her marriage at the moment, and there have been no reports of any marital issues.

Before tying the knot with her spouse, Brian, the Smash star began was in a relationship with American actor and singer Steve Kazee. The duo began dating in 2005 and remained together till 2012.

How Rich Is Megan Hilty? Details of His Net Worth & Career

Megan Hilty has been active in the entertainment field since 2005 and is one of the most successful Broadway actresses. As of 2022, she has a total net worth of $2 million.

Further, she has appeared in several hit movies and TV shows. Hilty made her Broadway debut in the film Glinda the Good Witch. Throughout her time on Broadway, Megan made multiple cameos on various television shows. Besides that, Hilty appeared in the musical drama series Smash. Until now, she has appeared in movies, and TV shows like Patsy and Loretta, Sweet Mountain Christmas, Ann Santa’s Boots, Rules Don’t Apply, Girlfriends’ Guide to Divorce, and many others.

Furthermore, she has also worked in animated movies like Centaurworld, TinkerBell and the Secret of the Wings, Legends of Oz: Dorothy’s Return, Pixie Hollow Games, Legend of the NeverBeast, Trolls: TrollsTopia, and many others. Additionally, Hilty launched her first solo album on March 12, 2013; it’s titled It Happens All the Time. Besides that, she has also given several hits songs on television projects.

Megan Hilty lost her family in the plane crash. It was a family tragedy for her. Megan’s sister Lauren Hilty, her husband Ross Mikel, and their child Remy Mikel were aboard a float plane that crashed into Puget Sound from Whidbey Island, Washington, on September 4, 2022.

Reports say Lauren was pregnant at the time of her death. After the floatplane went down, a search party was apparently prepared to locate the pilot and any survivors. On the 5th of September, 2022, they found a body and immediately began searching the area. However, the specific reason why the accident occurred is still unclear.

Further, she has blonde hair, and her eye color is blue. Furthermore, she hasn’t provided the specifics of her body measurements.

Additionally, she has 121.5k followers on Twitter, where she goes by the handle @meganhilty. Further, she has an official Facebook page named Megan Hilty Online, with a strong fan base of 66k followers.