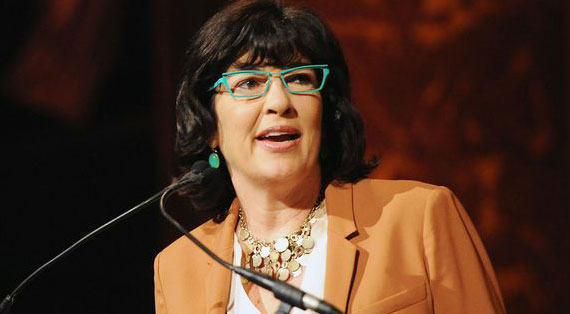 Christiane Amanpour is a British Iranian Journalist and television anchor working on CNN as a Chief International Correspondent. She is also a host of CNN International’s nightly interview program. Apart from CNN, Christiane is engaged in ABC’s Global Affairs Anchor.

Amanpour is an English by nationality and has the White ethnicity. Her birthday falls on each January 12. She was born in the year 1958 and she has reached the age of 60.

US viewers: Starting tonight, tune in nationwide on @pbs! Check your local listings.

Back to her early life, Amanpour first opened her eyes to January 12, 1958, in London, England but raised in Tehran, the capital of Iran. She is the daughter of Mohammad Amanpour and mother Patricia Amanpour. She was raised along with her sister, Lizzy Amanpour.

Regarding her education, she completed her primary education from Iran and then joined New Hall School, located in Chelmsford, Essex. For a degree in Journalism, she attended the University of Rhode Island.

What do you want to ask the Former U.S. Secretary of State Hillary Clinton?

After her graduation, Christiane joined as an entry-level assignment on the international assignment desk at CNN’s headquarters since 1983 in CNN. In 1990, she is promoted to the New York Bureau.

From 1992-2010, she has served as a reported in CNN, reporting major conflict zones like Iraq, Iran Pakistan, Afganistan, Sudan, Israel, Somalia, Rwanda, and so on.

Taping parts of the show outside the European Parliament in Brussels ahead of my exclusive interview with Ukrainian President Petro Poroshenko – airs 2pm ET, 8pm CET, 10pm Kiev time on CNN International.

Spreading some glimpse of lights to her personal life, Christine is a married woman and she is married since 1988 to James Rubin, former US Assistant Secretary of State.

The duo is parents of a son named Darius Rubin. She lives in London with her family and Amanpour has straight sexual orientation.

Mentioning her physical features, Amanpour has a slim body with a height of 5 feet 7 inches. She has Brown eyes and Black hair colors.

Waiting for South African election results reminded me of Mandela statue behind me, going up in Pretoria last December to mark 20 years of democracy. #tbt