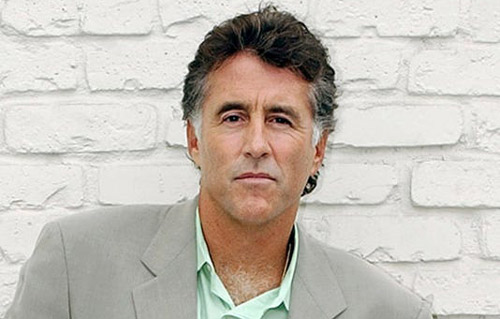 The film industry remains silent after the death of an actor/actress who has served over decades and entertained the public through their talent. Today’s topic is also related to the same person, Christopher Lawford who had established his career as an American author, actor, and activist and died at the age of 63.

The late-actor, Christopher was married three times in his life and eventually divorced with all of his wives. Also, he shared three children with them. Who are his kids? Apart from his personal life, he had collected a huge amount out of his successful multi-profession. How much is his net worth?

If you want to find out all the details about his life, then scroll down.

Christopher Lawford was born as Christopher Kennedy Lawford on 4 September 1955 in Santa Monica, California, the United States. Thus, he grew-up holding an American nationality and belonging to the white ethnicity. As he was born at Saint John’s Health Center, his mother named him as Saint Christopher. He was born as the eldest child in the family.

His father, Peter Lawford was an English actor, producer, and socialite. Whereas, his mother, Patricia Kennedy Lawford was an American socialite and sister of John F. Kennedy. Furthermore, he grew up along with his three sisters; Sydney Lawford, Victoria Pender, and Robin Lawford. In 1966, his late parents had divorced.

Talking about his educational background, Lawford attended St. Martin of Tours Elementary School in LA. Later, he joined Middlesex School and graduated with a law degree from Boston College. Also, he earned his master’s degree in Clinical Psychology from Harvard University.

Who is Christopher Lawford’s Wife? His Marriage & Divorce

The late-actor, Christopher Lawford was married three times till he was alive. And all of the time, he went through fail marriages as it all ended with divorce. At the very first in 1984, Lawford had tied the knot with his first wife, Jeannie Olsson. His ex-wife, Jeannie was an ad-sales assistant for New York Magazine. The duo exchanged their wedding vows in 1984. After spending over one and a half decades of a marriage relationship, the couple got divorced in 2000.

After remaining single for nearly five years, Lawford remarried to Lana Antonova, a Russian actress. However, their relationship also didn’t last for a long. As a result, the couple parted their ways with a divorce in 2009. After a long gap, Lawford thirdly exchanged his wedding vows with Mercedes Miller, a yoga instructor. The couple held their wedding ceremony in Hawaii. Again, Chris divorced with his third wife after spending two years of a marriage relationship.

After that, Lawford shortly dated Kyla Resch until the day of his death. They began dating in August 2017 which ended with the death of Chris.

Christopher Lawford only shared children with his first wife. He had three kids with his ex-wife. They are David Christopher Kennedy Lawford, Savannah Rose Lawford, and Matthew Peter Valentine Lawford.

Christopher Lawford was so much addicted to drugs while he was in his early age. In fact, he started taking LSD and acid at the age of 14. He used to have alcohol, cocaine, uppers, downers, and other drugs. He continued his addiction journey for 17 years. In fact, he also went to jail three times. Not to mention, he was also diagnosed with Hepatitis C. When he was thirty years old, Lawford joined a rehab in 1986 and shortly after that, he left doing drugs. He died clean and sober.

What was the cause of Christopher Lawford’s Death? His Age

Born on 29th March 1955, Christopher Lawford lived 63-years in the world. He died at the age of 63 on September 4, 2018. The cause for his death was a heart attack in Vancouver, British Columbia. Before some time of his death, he was living with his girlfriend and intending to open a recovery center. After his sudden death, Patrick Kennedy stated the Associated Press:

“Lawford had been doing “hot yoga, which he did often, but the strain of it ‘must have been too much for him at that point'”.

We mourn the loss of my cousin Christopher Lawford, Rest in Peace.

Pictured here with our family at the 2004 Democratic Convention and with his wonderful son, David. pic.twitter.com/GLlCvN7xkv

After Christopher’s death, his cousins; Maria Shriver, Patrick Kennedy, and Kerry Kennedy went to tweet about his death and also honored his work for the community. May God bless his soul. Rest in Peace, Chris.

The multi-talented late actor, Christopher Lawford had not only grabbed huge attention through his successful acting career but also established his career as an author and activist. Chris served the film industry for nearly two decades. He first appeared in the 1988 film, The Suicide Club. His film credits are The Confession (1999), The Sex Monster (1999), Thirteen Days (2000), Slipstream (2007), and Eavesdrop (2008).

Some of his movies with total budget and box office collection are given below in the table:

Not only in films but Lawford also made his appearances in the TV series as well. At first, he appeared in the American TV series, Exile in 1990. His TV series performances include Silk Stalkings (1991), Mary, Mother of Jesus (1999), Walking Shadow (2001), The O.C. (2005) and many others. Also, he had played the role of Senator Jordon in the American soap opera, General Hospital in 2003. Thus, he must have had accumulated an excellent amount out of his appearances in the TV and films.

Christopher Kennedy had also written a lot of books in which he defined the techniques to recover from drug addiction. As he was so much trapped in addiction in his early age, he authored the books on the same genre. In 2005, he published his memoir titled Symptoms of Withdrawal. His later publications include Healing Hepatitis C (2009), Moments of Clarity: Voices from the Front Lines of Addiction and Recovery (2009).

Similarly, in 2013, Chris had released his book named Recover to Live: Kick Any Habit, Manage Any Addiction. His last publication was What Addicts Know: 10 Lessons from Recovery to Benefit Everyone in 2014. So, he surely added a huge fortune through his publications to his net worth.