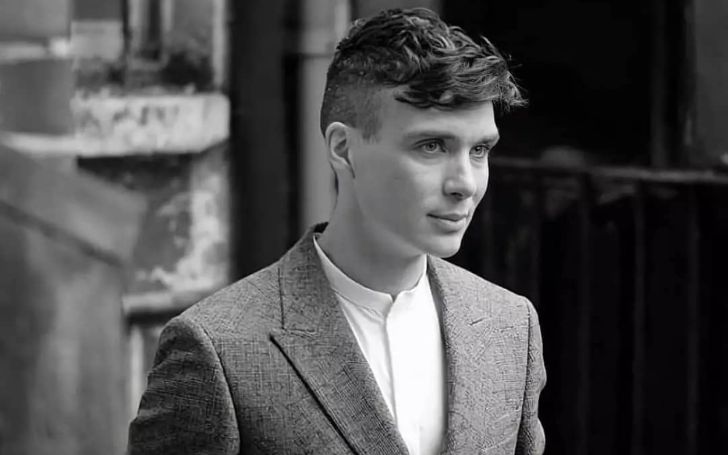 Cillian Murphy is a multi-talented Irish actor and a former rock musician. He has contributed to both theater and films after quitting his music career. Cillian’s notable works include 28 Days Later, Batman Films such as ‘Scarecrow, The Edge of Love, Inception, and many more. As of now, Cilian is famous for portraying the role of Thomas Shelby, the lead part of the BBC’s crime drama series, Peaky Blinders.

The accomplished actor has collected enormous money from his acting career. Moreover, Cillian is married to a famous visual artist who is also the mother of his two children. Read the article till the end to find out more.

On May 25, 1976, Cillian Murphy was born in Douglas, Ireland. Cillian’s father’s name is Brendan Murphy. His dad once worked for the Irish Department of Education, whereas his mother used to be a French teacher. He had three younger siblings, a brother, Páidi and two sisters, Orla and Sile. Murphy was interested in music from a young age and started playing/composing his music just at 10.

Murphy grew up as a Roman Catholic and had attended an all-boys Catholic secondary school, Presentation Brothers College. Cillian was an academically exceptional student, but he often got into trouble and got suspended for misbehaving. In 1996, he went to University College Cork (UCC) to study law, although he was not interested in the particular subject. Before starting his career as an actor, Murphy was very much into partying and meeting women.

His career as a Musician

Cillian Murphy pursued his career as a musician by singing and playing guitar in several bands alongside his brother, Páidi. The two brothers started their successful group named ‘The Sons of Mr. Greengenes’ after a famous musician and an idol, Frank Zappa.

If you want to hear Cillian Murphy singing!

Unfortunately, Cillian had to leave his band and drop out of college to pursue an acting career.

His Career as an Actor

Murphy professionally debuted his acting career on the stage as a volatile Cork teenager in the play Disco Pigs in 1996. He toured for two years to perform the game throughout Europe, Canada, and Australia. In 2002, he was cast as a lead in the horror film 28 Days Later. He played various supporting roles, like in Cold Mountain. In 2007, Murphy starred as Dr. Johnathan Crane, aka. “Scarecrow” in the 2008 Batman Begins and The Dark Knight Trilogy.

Cillian Murphy married his long-term girlfriend, Yvonne McGuinness, in mid-2004. The couple met in 1996 during one of Cillian’s band shows and dated for eight years before tying the wedding knots in 2004 at a vineyard in Provence, France.

Although Cillian Murphy grew up in a Roman Catholic family and went to Catholic school, he insisted on being an agnostic. An agnostic is someone who believes there might be or might not be the existence of God or the supernatural. After researching his role as a ‘physicist-astronaut’ in the 2007 science-fiction film Sunshine, Murphy confirmed his atheism. Therefore, he does not believe in the existence of God or the supernatural.

Cillian Murphy has a massive net worth of 20 Million. He accumulated his fortune primarily through his career as an actor. Murphy reportedly earned $400,000 a season for his appearance in Peaky Blinders. Again, Murphy’s 2002 movie, 28 Days Later, accumulated a total earning of $82,719,885. He must have collected a good fortune from his total earnings—moreover, his other movie,  Inception (2010, made a box office collection of $828 Million.

Furthermore, his wife also holds an estimated net worth of $1 million as a visual artist. Some time ago, the couple spent an enormous $1.9 Million to purchase their Monkstown, Dublin home. Besides, their home consists of six double bedrooms, a drawing-room, and a fireplace. Hence, they are spending a lavish life without any doubt.