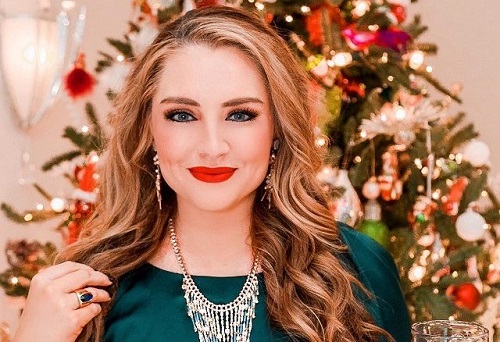 Collins Tuohy is an American actress and a public speaker. She is also the co-owner and a director of marketing of The Whimsy Cookie Company and the Board of The Making it Happen Foundation. In addition, Tuohy also launched a fashion, travel and lifestyle blog named Collins Closets.

The 32 years old actress Collins is a married woman. She is the wife of the co-owner and director of Marketing and Sales of a local distillery, Canon Smith. The couple shared the wedding vows in April 2016 after dating for ten years.

Collins Tuohy was born on 29th December 1986 in Memphis, Tennesse, the United States, under the birth sign Capricorn. As per her nationality, Collins is American and belongs to white ethnic background.

She is the daughter of Sean Tuohy and Leigh Anne Tuohy. Her parents are the authors and fast food franchise owners.

At the age of six, Colin started taking piano lessons. After graduating from Briarcrest Christian School, she attended Broadcast Journalism at the University of Mississippi. Further, Tuohy was the Student Alumni Council chairman, the Student Spirit Committee chairman, an officer for the Kappa Delta Sorority, and an Ole Miss Varsity Cheerleader.

Who Is Collins Tuohy’s Husband?

The 32 years star Collins Tuohy is a married woman. She shared the wedding vows with her long-term boyfriend turned husband, Cannon Smith. By profession Smith is the co-owner and director of Marketing and Sales of a local distillery.

Back to their dating history, the couple met each other at a cookie party when Collins was just 18 years old. Later the couple began their relationship, and after being in a relationship for ten years, Smith popped a question at another cookie party.

Eventually, Collins and her partner tied the knot in a beautiful two-day ceremony in April 2016. Their wedding ceremony was held in Memphis, Tennessee, with their close friends and family. The event took place at the Memphis Hunt and Polo Club, near the childhood homes of the lovebirds.

As of now, the husband and wife are living a happy married life. Though the couple has been together for a long time, they do not share any children.

What Is Collins Tuohy’s Net Worth?

Collins Tuohy has successfully established her career as an American businesswoman and entrepreneur like Charlotte Jones Anderson. Her net worth is $2 Million as of 2019. She is the co-owner and a director of marketing of The Whimsy Cookie Company, a bakery and cake shop. In addition, Tuohy also adds some amount of money through acting.

Besides Collins’ wealth, her father’s net worth is $25 Million. The main source of his income is his career as an American sports commentator and restaurateur. In addition, he is also widely recognized as an all-time assists leader in the Southeastern Conference (SEC).

Likewise, in 2001 Sean’s prominence as a broadcaster began after becoming NBA’s Memphis Grizzlies broadcaster. As a broadcaster, he is paid $79,050 a year as per some sources.

Besides this, Seans also adds some money as a co-author of the book, In a Heartbeat: Sharing the Power of Cheerful Giving, released in 2010. The price of the book is $6.79 for Kindle, $9.99 for Hardcover, and $20.9 for Paperback on Amazon