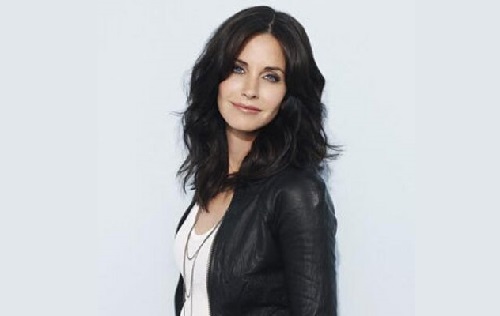 Courteney Cox is an American actress, producer, and director. She is known for her roles on the NBC sitcom Friends as Monica Geller and as Gale Weathers in the horror series Scream. Cox also earned her first Golden Globe nomination for her role in the ABC/TBS sitcom Cougar Town.

Besides, her acting career, Cox owns a production company called Coquette Productions, which she established along with her then-husband David Arquette. Let’s go deeper into Cox’s life and find out the secrets about her salary, lifestyle, house, car, and net-worth in detail.

Courteney Cox was born on 15th June 1964 in Birmingham, Alabama. She is of American nationality and belongs to mixed ethnicity (English, Irish, Welsh, Scottish, German, and distant Swedish). She is the youngest daughter of Richard Lewis Cox and Courteney Copeland. Her father was a businessman.

Likewise, Cox has two older sisters, Virginia, and Dorothy, and an older brother, Richard Jr. Her blissful family life was interrupted when her parents divorced in 1974 and her mother married businessman Hunter Copeland.

“Bless me Father, for I have sinned…” ????‍♀️ #firstactinggig #goodfriday #fbf

Cox completed her high school from Mountain Brook High School. There she had an interest in swimming and tennis. She was also a cheerleader in high school. The actress graduated from her highs school in 1982 and attended Mount Vernon College where she intended to study Architecture and Interior Design. However, Cox did not complete her architecture course, opting instead to pursue a career in modeling and acting.

Is Courteney Cox Married? Who Is Her Husband?

Courteney Cox was previously married to her co-actor David Arquette. The couple met for the first time on the set of the 1996 film, Scream where they portrayed the role of lovers.

After dating for three years, Courteney and her partner exchanged their wedding vows. Their wedding ceremony was held on 12th June 1999 at the historic Grace Cathedral atop Nob Hill, in San Francisco in front of their family and friends including Liam Neeson and Kevin Spacey.

However, even being the parents of a child, the duo failed to continue their relationship. After being together for around 11 years the couple announced their separation on 11th October 2011 and their divorce was finalized in May 2013.

Currently, the actress Cox is in a romantic relationship with Snow Patrol band member Johnny McDaid. The duo began dating in 2012 and announced their engagement via Twitter on 26th June 2014. Likewise, in October 2018, Cox told People magazine, We’re not [officially] married. I’m married in my heart.

Happy Valentine’s Day my ♥️ I love you J xx

Furthermore, on 14th February 2019, the actress shared a picture with her boyfriend and wished Happy Valentine’s Day my love I love you J xx.

An American actress, producer, and director Cox was involved in other relationships, both before and after her marriage to David Arquette. She dated rock promoter, Ian Copeland, actor Michael Keaton. Michael and Cox dated each other for five years from 1990 to 1995.

Later after her separation with Michael, she began dating singer Adam Duritz of the Counting Crows in 1997. Further, Adan even wrote a song on his groups’ album “Recovering the Satellites” for Courteney.

Courteney Cox’s net worth is estimated to be around $120 Million as of 2019. She earned a huge amount of money from her successful carer as she is registered in the Gunnies Book of world records as the highest paid actors. Cox also starred in the hit TV series and movies like Cougar Town and Scream 4.

She was paid $1 Million per episode for the last two season of the series Friends. Likewise, the other highest paid actor in the series are Matt Leblanc, Lisa Kudrow, Matthew Perry, David Schwimmer, and Jennifer Aniston.

Some of her movies along with their box office collection and budget are listed below;

In addition, her bra size is 34 c and her dress size is 2. Likewise, her shoe size is 6. Likewise, she has brown hair and her eye color is blue.