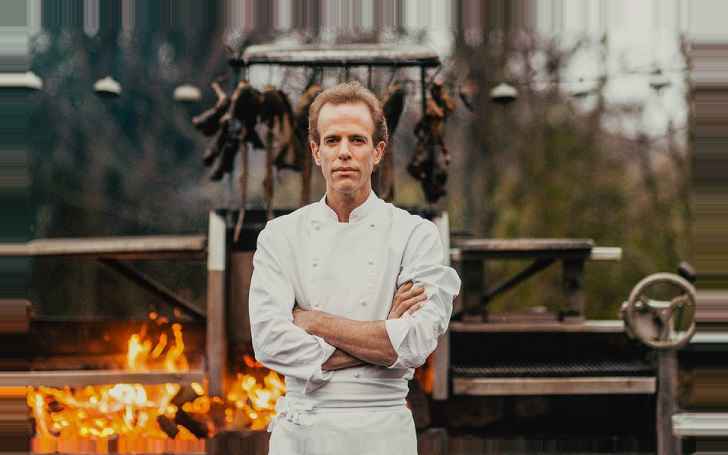 Dan Barber is a chef by profession and owner of Blue Hill restaurant based in New York City. Thinking about famous culinary created by world-famous chefs around the world? Today we are going to read about Dan Barber who is one of the most eminent chefs in the world.

Dan is a well-known and an award-winning chef, best known for his culinary art and as the co-owner of Blue Hill Restaurant in Manhattan and Blue Hill at Stone Barns which is located in Pocantico Hills, New York. So let’s deal with his salary, net worth he generates as an owner of a chain of restaurants and a chef along with his personal life-related facts like if he is married, dating or in a committed relationship in today’s blog.

Barber was born on October 2, 1969, in New York, United States. He grew up in New York City’s Upper East Side. He is 49 years old as of now. As per nationality, he is American and belongs to white ethnicity. He learned the basic of farming and agricultural sustainability in the early years of his life while helping to look after his grandparent’s farm in Great Barrington.

Barber graduated from Tufts University, where his major subjects were Political Science and English in 1992. After that Barber graduated from a culinary school in 1994. After his graduation, he worked for Michel Rostang in Paris before acquiring a job at Bouley in New York.

Barber’s stepping stone was in 1996 when he opened his own catering business which was known as Dan Barber Catering which later became Blue Hill Catering. He teamed up with his brother four years later to open the Blue Hill Restaurant in Greenwich Village. Likewise in 2002, Food & Wine Magazine named him one of the Best New Chefs in the country

The opening of Blue Hill made Barber develop his signature approach to cooking in his own innovative way using the locally sourced and sustainable ingredients.

Dan’s success had impressed philanthropist David Rockefeller to such an extent that in 2001, he hired him to be responsible for the revitalizing his 3,500-acre estate in Westchester. Moreover, Rockefeller invested a grand sum of $30 million to open the Blue Hill at Stone Barns Center and Stone Barns Restaurant.

By profession, he is a chef and a person with multiple traits. Besides being a chef, he is also a farmer, activist, and writer.

He is also the one who brought in a new concept known as – America’s cuisine required a radical transformation.

Moreover, he has received numerous awards for dedication to the culinary world like Best Chef: New York City(2006) and the country’s Outstanding Chef (2009). He was named as one of Times magazine’s 100 most influential people in the world in 2009.

Dan Barber’s Net Worth and Salary

We all are very enthusiastic to find out his net worth. How much has he accumulated till now? Well, we have the answer to your question!

Dan’s total net worth is around $6 million combining all his assets and income through his involvement in the culinary profession.

Blue Hill Farm is one of the main sources of Dan’s accumulative income, we can see Blue Hill Farm’s post on Instagram below.

One thousand thanks to @nymag & @grubstreet for including the @bluehillfarm family in its The Thousand Best.

Chef Dan tied a knot with Aria Beth Sloss in 2009. They both seem to be enduring a happy married life. Prior to Aria, there had been rumours of an affair between Dan and Indiana Evans (2009-2012) But it is rather a hoax and just fake news created. Moreover, he is quite faithful to his wife and dedicated to his profession.

The duo has a daughter Edith Barber. However, less is known about their daughter as no information has been revealed to the public yet.

You might also love to read about Fortunio Bonanova.

Dan Barber is the author of two books Third Plate C  and The Third Plate: Fields Notes on the Future of Food. Both of the books were published in 2014. Prior to writing books, he has written for Big names like The New York Times, Time Magazine, and Gourmet Magazine.