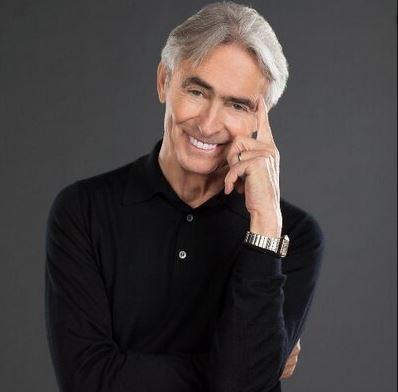 Today’s article is about the legendary comedian, David Steinberg, who served as a comic from the ’60s till ’80s. David, as of now, is working as one of the best and talented directors on the television. Not only in Canada, but Steinberg also gains enough popularity all over the United States of America through his extra comedian style.

As a director, he has directed several movies and TV shows, namely, Seinfeld, Mad About You, and The Golden Girls, among others. Steinberg has a smooth and successful career. Then what about his intimate life? Is it as smooth as his professional life? Read the entire article to know about it.

Steinberg studied theology is Israel and also gained English Literature knowledge at the University of Chicago. But  David decided to become a comedian after seeing the stand-up comedian, Leny Bruce‘s performance. After that, in 1964, he joins the comedy theatre, The Second City in Chicago, where he works with famous comedians, Robert Klein and Joe Flaherty, among others.

The director David Steinberg is a happily married man. He shares his wedding vows with an American casting director, Robyn Todd, in 2005 at the church in front of their closed ones.

The duo is often seen on public places, events, functions, and programs together. On February 24, 2019, both of them attended 2019’s Vanity Fair Oscar Party at Wallis Annenberg Center. Moreover, the celebration was host by Radhika Jones.

Todd and Steinberg are celebrating their 14 years of the anniversary as of 2019. Further, they both are spending every happy moment of their life jointly without involving in any rumors related to their judicial separation.

Past Affairs Of David Steinberg

Prior marrying to Robyn, David was romantically linked up with Judy Marcione. The duo tied the knot in 1973 at an intimate ceremony. After being together for more than 24 years, the couple started facing in their marital life and officially split in 1997.

A comedian, director, writer, actor currently enjoys the total net worth of $10 million. Till the date, he appeared on many TV shows and films, which added extra feathers on his Hollywood career. He earns nearly $800,000-$1 million from shows.

David similarly, is a director who has directed an American live-action series, Seinfield. The sitcom starred the artist like Julia Louis-Dreyfus and Jason Alexander, among others. From his directing works, too, he is earning an impressive sum of money.

The trailer of the TV series, Seinfeld,

In 1976, David produced a show called The David Steinberg Show, where he starred along with John Candy, Dave Thomas, and Martin Short. Besides, he featured as a guest for more than 12 times on The Tonight Show by Johnny Carson and starred more than 130 times.