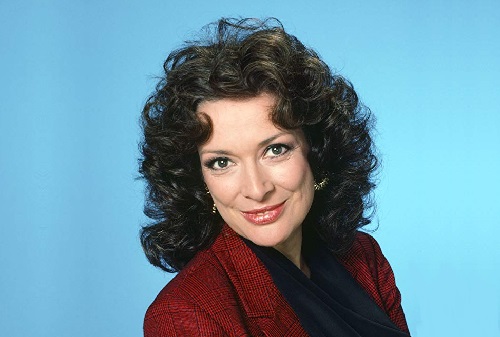 The late American actress, Dixie Carter was famous for her work on television, films, and stage. Her role as Julia Sugarbaker on the sitcom Designing Women helped Carter to rise to the stardom. Likewise, she is also known for her role as Randi King on CBS drama series, Family Law.

Carter died at the age of 70 in 2010. Before her demise, Carter was married thrice. Who were her husbands? Did she have children from her relationships?

Who Was Dixie Carter? Bio & Wiki

Dixie Carter was born on May 25, 1939, in McLemoresville, Tennessee. She was the eldest child among two children of Halbert Carter (Father) and Esther Virginia Hillsman (Mother). Carter spent her childhood along with her sister Melba Helen Heath in Memphis, Mississippi.

Dixie Carter kicked off her acting career in 1960 at Memphis production of Carousel where she worked alongside her former husband, George Hearn. Later in 1963, Carter moved to New York City and starred in Shakespeare’s The Winter’s Tale.

Likewise, Carter appeared as Randi Queen on the legal drama, Family Law alongside, Kathleen Quinlan, Orla Brady, and others from 1999 to 2002. Similarly, she was also a cast member of the short-lived sitcom, Ladies Man from 1999 to 2000. Dixie’s final film before her death was That Evening Sun in which she appeared alongside her third husband Hal Holbrook in Summer 2008.

Who Were Dixie Carter’s Husbands?

Late actress, Dixie Carter was married thrice in her lifetime. In 1967, she married Arthur Carter, a businessman. The married couple shared two daughters; Ginna Carter and Mary Dixie Carter. On the other her ex-husband, Arthur shared three more children from his previous marriage.

After being together for more than 10 years in a marital relationship, Carter and Arthur divorced in 1977. The same year, she married theater and television actor George Hearn. However, her marriage with Hearn also did not last long just like her first marriage. They separated after 2 years of their wedding.

After seven years of her divorce with the second spouse, Carter married her third husband Hal Holbrook on May 27, 1984, which made headlines at that time because of their age gap of 14 years. The couple remained together until Carter’s death in 2010.

Dixie Carter died on April 10, 2010, in Houston, Texas at the age of 70. Dixie’s death was announced by her husband, Hal, revealing she died due to the complications from endometrial cancer that she was diagnosed with in earlier 2010.

Further, she was buried in McLemoresville, Tennessee and The Dixie Carter Performing Arts and Academic Enrichment was established in her honor.

How Much Was Dixie Carter’s Net Worth?

Legendary late actress, Dixie Carter appeared in over 20+ television series, films, and stage production throughout her acting career. She was a talented and experienced actress and amassed a huge fanbase and further earned a hefty sum of money. Dixie’s net worth was around $3 Million at the time of her demise.

On the other hand, her spouse, Hal Holbrook’s net worth is around $5 Million as of 2019 which is similar to that of an actor, Crystal Bernard. Likewise, Hal and Dixie also owned a pretty house in McLemoresville, Tennessee. The house is surrounded by trees and a compound with grasses. The current market value of the house is around $1 million.