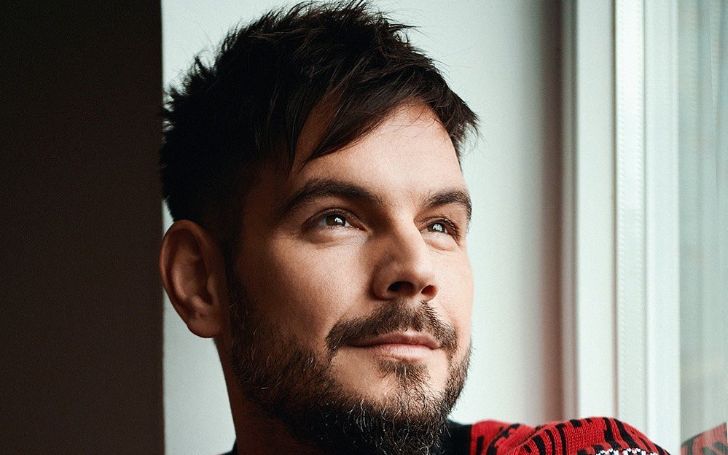 Singing and making music is typically a natural part of life for persons who discover music as children. It is likewise true of Nevio Passaro. Nevio Passaro is a German–Italian singer, songwriter, and producer who composes Italian, German, and English music.

The singer and composer learned at the age of 16 that even better when he shares his music, thoughts, and world with others, which he did all by himself at first, like a well-kept secret. Meanwhile, Nevio Passaro has impacted the lives of millions of people.

Following his first major triumph, the hit track Amore Per Semper from the gold album NEVIO, three more albums, concert tours around Europe and the world, and countless prizes followed. His most devoted followers have been with him for almost two decades.

As a result, he writes more and more pieces in German over time because it allows him to become even more acquainted with his audience and himself. Nevio Passaro is a musician who believes he has arrived yet refuses to stop working.

Continue learning this article to know every bit of detail about this incredible artist!

Nevio was born on May 11, 1980, in Neustadt a der Aisch, a beautiful city in the south of Germany. He was always fascinated by music since his childhood. Very little got known of his parents. Nevertheless, His mother was a music teacher.

Nevio did his schooling in Germany and moved to Forli for his further education. In 2000 he enrolled in the University of Bologna, studying Modern foreign languages for interpreters and translators for five years.

Eventually, He graduated in December 2006 as a simultaneous interpreter and translator in Italian, German, English, and French.

This brilliant artist from Germany has been in the music industry since 1999. Nevio began his career releasing his first single, La mia Parola with BMG Ariola in 1999. He also competed in the German Talent show. Following this, Nevio signed a record deal with Universal Music on August 8, 2006.

In the same vein, Nevio Passaro released his studio album on September 19, 2008, in Germany. The album’s first single, Sento, released on September 5, 2009.

Nevio performed an unplugged show in the Konzerthaus Dortmund a few days later, introducing his new album. In January and February, he went on tour in Germany in support of his album Due.

Continuing his Albums and Singles

The third album of Nevio Passaros, Berlino, got released on July 29, 2011. In September and October 2011, he embarked on a tour supporting his album, visiting 15 German towns before concluding with a performance in Vienna, Austria.

On March 28, 2014, the single Castingstar was released. It is the first single from Nevio Passaro’s fourth studio album, Nordsüdlich von hier. The songs on this album are in the German language.

The single Alles in allem, released as the first single from Nevio Passaro’s German album Nordsüdlich von heir on July 6, 2018. The second single from the next album, Viel mehr, was released on March 1, 2019. The third single followed this album, Hier am Meer, on October 10, 2019.

On April 24, 2020, Nevio Passaro, released another German single, Vielleicht. In this single, he thematizes the impacts of the COVID-19 pandemic on society.

German–Italian singer Nevio is about 41 years old. However, he looks as if he is in his twenties. He is a handsome hunk standing 6 feet 1 inch tall and weighing 69 kg. A 41-year-old singer has dark brown spectacular eyes, silky brown hair, and a nicely groomed beard, making him look more charming.

Is Nevio Passaro married? Who are his kids?

Nevio Passaro has revealed little about his relationship. It is unknown whether he is married or not. However, he does have two kids. The kids are very young, and their age and name aren’t disclosed.

In addition, Nevio got spotted at the German premiere of the musical “The Band – Das Musical “with his girlfriend, Verena, in 2019. Sadly, the pair have kept their relationship under wraps. We will be updating as soon as we get the information.

Nevio Passaro has been in the music industry for almost a decade. He has released over 35+ songs. There are 11,641 monthly listeners to his songs on the world’s largest music streaming service provider Spotify. Similarly, on Youtube and Deezer.

Even though German-Italian singer’s Networth isn’t revealed, it estimates to be around $1 Million. Not to mention, He has amassed this whopping amount from his music career spanning over almost a decade.

It resulted in a significantly bigger debut than his last false start, with ‘Amore per Sempre’ storming to number two in the German Singles Charts in January 2007.

His debut album, ‘Nevio,’ was released and achieved similar success the following month, peaking at number five and becoming gold. Likewise, Passaro has released many amazing albums as well as a slew of singles.

In addition, he owns “Studio Uno,” an Artist Management and Recording Studio. Above all, he lives a very happy life with his family in Berlin.