Have you ever watch an American supernatural teen drama television series Teen Wolf? If yes, you may know Dylan Sprayberry who has played the role of Liam Dunbar. He is not only played in the Tenn Wolf the actor has played in several movies and TV shows. His other notable films and TV series credits are Man of Steel, Vanished – Left Behind: Next Generation, and Light as a Feather.

Many of his well-wishers are curious to know about Dylan’s girlfriend or whether he is married. So, here are the answers to frequently asked questions about him. Also, it will be interesting to find out more data about Dylan Sprayberry.

Dylan Sprayberry was born as Dylan Muse Sprayberry on 7 July 1998 in Houston, TX. He is American by nationality and holds a white ethnic background. Sprayberry grew up along with his sibling, Ellery Sprayberry. Regarding his education, Sprayberry went to the West University Elementary School for his education.

Dylan’s age is 20 as of 2019. The actors stand at a height of 5 feet 6 inches. His body structure has attracted his fans to especially his ladies fan. He started building his body when Dylan’s was turning 13. According to him, Dylan hired a trainer and picked up some kickboxing skills.

Look at these hot poppies 🙌🏻

Who is Dylan Sprayberry’s Girlfriend?

Dylan is neither married nor single. He is in a romantic relationship with Samantha Logan. His girlfriend is an American actress known for her starring role as Nona Clark in the ABC drama series 666 Park Avenue.

As per some source, the couple started dating in 2017 and are still together. Going through, Dylan’s Instagram account, Dylan and his lover seem to enjoy each others’ companies. On 15 February 2019, Sprayberry posted a picture with his girlfriend and captioned;

Happy Valentine’s Day my love thank u for being my best pal and making every day so special. Forever and always.

Happy Valentine’s Day my love❤️ thank u for being my best pal and making every day so special. Forever and always.

And the same day his girlfriend also wished Dylan Happy valentine’s day via her Instagram account. Likewise, on 20 September 2018, Dylan shared a photo for their fans and captioning;

My Partner in crime, love. My person.

My Partner in crime. My love. My person ❤️

Besides being in relationship with Logan, Dylan has been linked to several other ladies. As per some sources, the actor and Alisha Heng Gilles were having something special in 2015. However, neither Dyland nor Alisha confirmed about their relationship.

Currently, the actor is in a romantic relationship with Samantha Logan. Furth the duo has not disclosed the details about when they will get married.

After movies to Los Angeles Dylan appeared in multiple comedy and dram net worth TV shows including Tracey Ullman’s State of the Union, Criminal Minds, and Glee. He also played the supporting role in the films The Three Gifts opposite Dean Cain and Bedrooms.

In 2013, he played in a 2013 superhero film Man of Steel based on the DC Comics character Superman. In the film, he played along with Henry Cavill, Amy Adams, Michael Shannon.

They’re like … damn this kid is weird 😂👻🎃 Big thank u to @KnottsScaryFarm Had quite a frightful time!! #ScaryFarm

The actor has also played in 2016 adventure film Vanished – Left Behind: Next Generation. In addition, his other TV shows and film credits are Light as a Feather, Malibu Tapes. 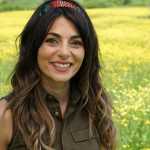 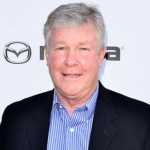